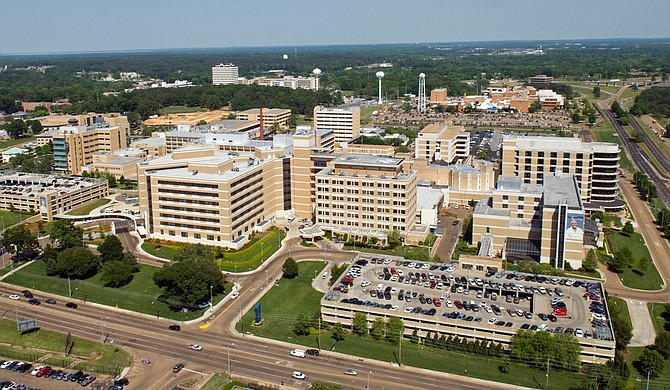 The Mississippi Healthcare Industry Zone Master Plan Act aims to provide incentives to Jackson and other cities to help get their plans for health-care zones off the ground. File Photo

Not a whole lot has happened in Jackson in the two years since the Legislature passed Gov. Phil Bryant's health-care zone law in 2012.

That legislation, formally called Mississippi Health Care Industry Zone Act, gives the Mississippi Development Authority the ability to dedicate "health-care zones." Inside those zones, businesses will be eligible for tax breaks and incentives. That includes clinics, medical-supply manufacturers and retailers and telecommunication companies.

So far, state officials have approved 12 zones around the state—but, oddly, none in Jackson or Hinds County despite the presence of University of Mississippi Medical Center, Baptist Health Systems and St. Dominic Hospital, all within a stone's throw from one another.

"The city can be a unifying force," given all Jackson's health-care organizations, including the hospitals, clinics and the Jackson Medical Mall, said Jackson Ward 2 Councilman Melvin Priester Jr.

The master planning process would begin with stakeholder meetings, market analyses and mapping of existing community assets in the health-care businesses, including medical facilities, educational assets and industrial parks. Master planners would also consider how existing plans, including city comprehensive plans, might mesh with a health-care master plan.

For example, backers of HB 1634 hope that it would help plans that are under way for a Jackson Medical Corridor, for which Andrew Jenkins of AJA Management developed a plan for a proposed project that would stretch the length of Woodrow Wilson Avenue between Interstates 55 and 220.

The legislation also has the backing of the Mississippi Chapter of the American Planning Association. In a letter to stakeholders, urging them to support the master-plan act, Mississippi APA President Donovan Scruggs said:

"As Mississippi attempts to grow a statewide health care cluster, our state has a tremendous opportunity to transform its competitive landscape and at the same time promote a primary objective of the Mississippi Chapter of the American Planning Association to nurture and grow communities of lasting value and diversity with choices for living, working and enjoying life."

The city appeared to be moving full steam ahead with a plan to create a housing trust fund. The U.S. Department of Housing and Urban Development allows cities to set up trust funds in order to acquire property, improve sites, demolish structures, finance housing projects, provide relocation assistance, and pay for administrative and planning costs, as well as operating costs for rental housing.

Mayor Tony Yarber has overhauled the city's process for remediating dilapidated and abandoned houses, but members of the city council have complained about the slow pace of actually getting the work done. Under new HUD rules, which go into effect in 2016, the state would receive a yearly allocation for housing projects that agency says will "increase and preserve the supply of decent, safe, and sanitary affordable housing for extremely low- and very low-income households, including homeless families.

This week, the city council discussed establishing an advisory committee under the Jackson Housing Authority, made up of seven members, one from each ward.

Kristen Blanchard, who works for the city attorney's office, cautioned that even if the city established the commission, the body would not be able to take any official actions because the State of Mississippi would need to establish rules for doling out the funds per HUD's guidelines.

"This is putting our ducks in a row ahead of time so that we're a year ahead of the curve," Ward 4 Councilman De'Keither Stamps told his colleagues at a March 2 special city council meeting.

The city is quietly preparing to lock horns with Siemens in court over the $90 million contract that has been a stone in Jackson's shoe seemingly since Mayor Harvey Johnson Jr. first signed the agreement in 2012. After a three-hour meeting last week, just when the council was set to discuss a proposal from Ward 3 Councilman Kenneth Stokes, tension emerged between the members of the council over whether to go into a closed-door executive session to discuss litigation related to the Siemens contract.

In mid-February, Public Works Director Kishia Powell ordered a work stoppage on an ongoing water-meter-installation because a city worker discovered that crews had installed several gallon meters instead of the appropriate cubic-foot meters.

Stamps, the council president, grew visibly agitated as the discussion continued in open session the city is "messing with a multibillion-dollar company that's got more lawyers than we can afford."

The city council's executive session lasted approximately an hour and a half, ending at 11:30 p.m. with no votes taken. The city moved its regular meeting up to March 5 at 10 a.m. City officials will receive a briefing from Raftelis Financial Consultants on its audit of the city's water department finances as well as portions of the Siemens contract.

Council members and administration officials will first receive a briefing in executive session on Thursday; the meeting will reconvene at 2 p.m. in order to brief the public on Raftelis' findings.