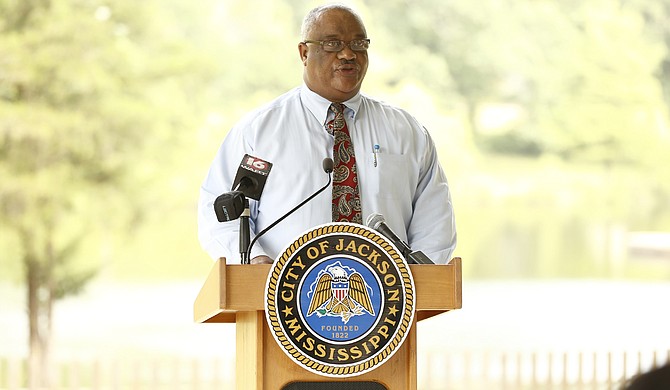 Starting today, families will be able to enjoy west Jackson's Livingston Park in a way the park has not been used in a long time. A ribbon-cutting ceremony took place this morning at the park's pavilion.

"This is just the beginning," Allen Jones, the city's parks director, said this morning.

Jones said future plans call for commercial development on the site, possibly including a restaurant and a large splash pad. The park could also host events such as a fishing rodeo, Jones added.

Livingston Park had been closed to the public for many years, but was available for events and other gatherings. It's is named for Samuel Livingston, who sold the land for the park that also houses the Jackson Zoo, the largest zoological park in Mississippi

The reopening of the pavilion comes on the heels of years of the zoo's efforts to shore up its finances, maintain its accreditation and grow. This week, it also received an 11-month-old reticulated male giraffe named K.D. Knox, following the death of a female named Diamond in December.

In 2013, the national Association of Zoos and Aquariums denied the zoo's request for reaccreditation on the grounds that it was not financially stable. Jackson and Hinds County leadership pledged to help come up with the needed funds for the zoo's budget, but the zoo remained on shaky footing.

That changed in 2014 with the announcement that the AZA reversed that decision. The zoo will get its accreditation back and make a progress report to the AZA in six months and then again in one year. The accreditation is good until 2016.

Since then, the zoo has also unveiled new directional signs after a rebranding with the help of advertising firm Mad Genius.