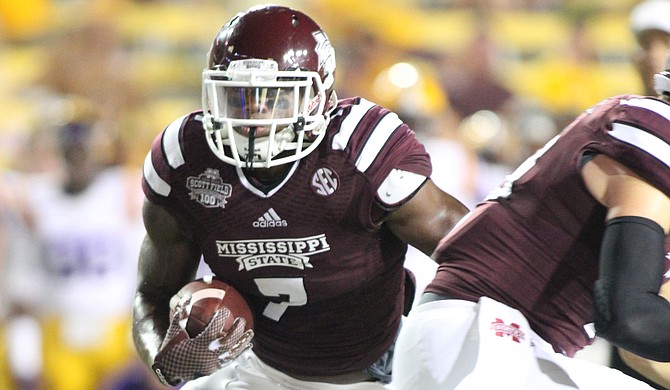 Every four years, teams from across the globe come together to face off for the International Federation of American Football Championship. The IFAF Championship began in 1999, with Japan winning the first two titles. The U.S. didn't take part in the tournament.

Then, in 2007, the U.S. competed in the IFAF Championships for the first time, dominating the gridiron, and then scored its second consecutive title in 2011. The Americans were looking to make it three straight victories at this year's tournament, which kicked off July 9 at Tom Benson Hall of Fame Stadium in Canton, Ohio, since this was the first time the championships were held on U.S. soil.

Griffin was a star at Perry Central High School in New Augusta, Miss., and college football website Rivals.com rated him as one of the top ten prospects in the state, regardless of position. Rivals, Scout, and ESPN.com rated him as a three-star player.

During his senior season in 2009, Griffin played in the Mississippi-Alabama All-Star Game. He led class 3A in rushing that year with 2,080 yards on 234 carries with 34 total touchdowns; 31 of those came from rushing attempts.

Griffin committed to the Bulldogs in 2010 and spent his freshman college season as a redshirt. During his next season at MSU in 2011, Griffin earned limited playing time as a backup running back after a knee injury forced him to miss five games.

He finished his first season of playing time with 16 carries for 108 yards and one touchdown. Griffin had a larger role in the offense in his sophomore season in 2012, where he rushed for 223 yards on 32 carries with one touchdown.

The running back was a three-time SEC Academic Honor Roll honoree from 2011-2013 and saw action in 44 games. He finished his career with 592 yards on 111 carries and four touchdowns. Griffin graduated in 2014 from Mississippi State with a bachelor's degree in sport pedagogy—the discipline of learning, teaching and instruction in sports and physical education.

He played in the 2015 IFAF World Championship with 44 other players. Griffin saw limited action in the opening game, which ended in a 30-6 win against Mexico. Griffin recorded 19 yards on three carries in the USA's 43-18 win against Japan in the semifinals. Everyone got in on the act in the U.S.'s next game against France. The team defeated France 82-0 in the semifinals to reach the Gold Medal Game. Griffin rushed for 32 yards on 19 carries and a touchdown.

Griffin helped the U.S. out in the Gold Medal Game against Japan. The 5-foot 11-inch, 233-pound running back scored two point conversions for team U.S. to help build the lead to 24-0.

The United States went on to win the championship game 59-12 over Japan, winning the tournament and the gold medal.

Unless a team signs him quickly, Griffin's next job in football will be as running back coach for Brad Peterson at Madison Central High School. He will have some new hardware to show off when high school two-a-days begin.