Mo’ Than a Hotel in Fondren 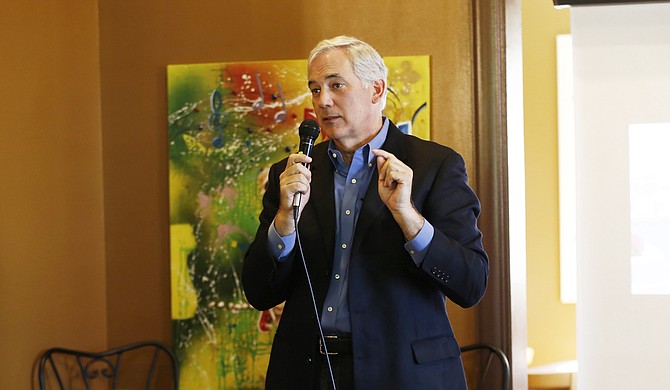 Roy Decker, a principal in Duvall Decker, says a planned hotel for Fondren will be an economic engine for the entire city. Photo by Imani Khayyam.

A year quietly in the making, a funky boutique hotel recently announced for the Fondren is about more than giving out-of-towners a place to crash for the night, said project developer Roy Decker.

"We realized that we really had an opportunity to do something unique that helps Jackson," Decker, of Jackson-based Duvall Decker Architects and Eldon Development LLC, said recently.

In short, the $20 million project will be an economic driver for the entire capital city. An economic-impact study for the project says the 100-room hotel near State Street and Mitchell Avenue will create $227 million in spin-off economic activity and $17 million in local tax revenues in a decade.

Decker said the additional ad valorem revenue would benefit Jackson's oft-beleaguered infrastructure and support local schools; the quality of each has long been an obstacle to Jackson's ability to curb population loss and attract new residents.

"If we're not investing in Jackson and projects that have a positive impact, then we're not going to contribute to the process of healing and making a vibrant inner city," Decker told the Friday Forum crowd.

Like many economic-development projects these days, the Fondren hotel will rely on a mix of tax incentives and private financing. With Fondren's addition to the National Historic Register, the project could draw historic tax credits. Decker said plans call for using Kolb Grand Cleaners as a physical entrance to what he calls a higher-end hotel. The new hotel can fill void left by the anticipated closure of the Cabot Lodge on State Street near Millsaps College.

Eldon purchased the Kolb's property, which plans to relocate and is looking to partner with other dry cleaners on a shared plant. In addition, the Mississippi Development Authority could provide tourism rebates and, Decker added, the project could also qualify for tax-increment-financing from the City of Jackson and Hinds County because the hotel will require the construction of a 12-inch water line.

A number of development projects in Jackson have used TIFs to come to fruition. In 2014, the Jackson City Council approved $7 million worth of tax-increment financing for The District, now under construction near Interstate 55 North. The Belhaven, a $75 million mixed-used development at Baptist Medical Center, also drew TIF bonds; it opened in 2013.

Decker said such projects have both economic and social benefits. In imagining the Fondren project, Decker's group sought to rethink traditional mindsets behind building new hotels. For example, in deciding whether to include a pool, which is standard at many hotels, a team of researchers visited local hotels and observed few guests taking a dip. So, the project developers went with another more popular amenity: a rooftop bar—with a view of the Capitol dome.

Despite Fondren's growth leading to more and more traffic congestion and parking problems, blueprints for the hotel do not yet contain plans for a parking garage. Decker's researchers recently conducted a parking survey during the lunch hour and reported that an estimated 62 percent of parking spaces were unfilled.

Instead, Decker wants residents and businesses to develop a shared parking plan that would encourage people to park and walk to Fondren's restaurants, bars and music venues.

Jim Wilkirson, executive director of the Fondren Renaissance Foundation, declined an interview about the hotel, instead emailing a public "statement." In it, he praised Decker's efforts "to preserve and further urbanize our neighborhood" by integrating the new architecture into existing structures.

The hotel will boost the area's inventory of meeting spaces and come with a gym. Once it's built, the Fondren hotel expects to have an occupancy of up to 75 percent—10 percent higher than the rest of the city on average, where hotel occupancy dips during the weekend.

Clarification 7/16/15: The original story implied that Roy Decker said his planned hotel would fill a void left by the closure of the Cabot Lodge on State Street. The Cabot Lodge is currently open for business.