McDaniel's New PAC: The Next Generation 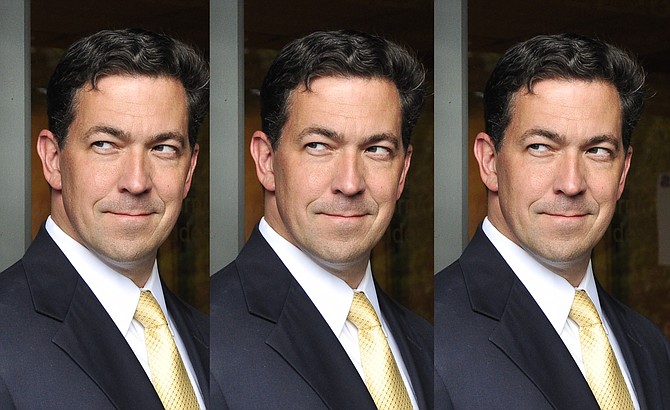 In his new PAC, Sen. Chris McDaniel (pictured) is working alongside state Sen. Melanie Sojourner, a Natchez Republican who managed his campaign for U.S. Senate, and another former campaign staffer, Keith Plunkett, to handle communications. Photo by Trip Burns.

With hopes of bringing together multiple factions throughout the state in the wake of a divisive Senate race, state Sen. Chris McDaniel, R-Ellisville, recently announced his new political action committee, the United Conservatives Fund. In this new organization, McDaniel is working alongside state Sen. Melanie Sojourner, a Natchez Republican who managed his campaign for U.S. Senate, and another former campaign staffer, Keith Plunkett, to handle communications.

Although the announcement of the PAC's formation came last week, the roots of the current revival of Mississippi tea-party PACs stretches back two years with the formation of another organization, Generation Mississippi, which Plunkett founded in 2012. Since the formation of UCF, it appears to some members of the conservative community that Plunkett's organization has all but vanished.

"Since the United Conservatives Fund came up, I haven't heard anything about Generation Mississippi," said Alisha Nelson, who is involved in conservative politics and organizations.

Plunkett's role in both groups provides a window into the nuts and bolts of shaping Mississippi's conservative politics and the battle for hearts and souls of Mississippi Republicans.

Back to 'Traditional Values'

Plunkett conceived Mississippi Generation as a PAC that hoped to "reconnect to the traditional values of social conservatism that act as a check against federal encroachment on personal responsibility," Plunkett wrote in a post on his blog, Mississippi PEP, in October 2014.

Over time, documents including the group's social-media sites and emails from Plunkett to supporters show that the goals have shifted, which has raised questions among some conservatives about the viability of Plunkett's plans for the group.

"My concern is the fact that there was such a proposal in the past for salaries, and the amount of the salaries, that I just want to make sure that the majority of that money is going to go where they're saying it's going to go," Nelson said.

Plunkett's initial plan outlined a detailed budget and fundraising strategy that included a $300,000 budget. Of that sum, $135,000 would go toward "management, payroll and other administrative costs," including the executive director's salary.

To get the ball rolling on Plunkett's brainchild, Generation Mississippi created a Facebook page, which went live in October 2012.

At that time, the organization seemed primarily interested in building the group's profile, touting red-meat-conservative values of traditional family. The Facebook page remains active. As recently as Jan. 6, one post included an article that stated: "[G]irls raised in a home with their married father are markedly less likely to be abused or assaulted than children living without their own father."

W. Bradford Wilcox, director of the National Marriage Project, wrote the Washington Post article, but it garnered criticism for ignoring the role that other factors, such a socioeconomics, plays in this study.

"I want to challenge you to give directly to Generation Mississippi. Any amount, $5, $10, $20, $100, or more: Whatever you want to give over the next 3 days will all go directly to them," Plunkett wrote. The blog post was later updated to show that they had raised $200 in "just a few hours," but Plunkett says those funds remain unspent.

Plunkett has not filed paperwork to establish Generation Mississippi as either a PAC with the Mississippi secretary of state's office or the Federal Elections Commission. Nor is it registered as a nonprofit with Mississippi or the Internal Revenue Service, although Plunkett tells the Jackson Free Press that he hopes to file for federal 501c3 non-profit status soon.

Currently, federal and state laws primarily regulate established organizations, such as super PACs and nonprofits. But the advent of Internet fundraising has created gray areas in which organizations may raise money without strict regulatory oversight.

Bill Allison, a senior fellow at the Washington, D.C., Sunlight Foundation, said that when it comes to politicians, it's about "the number of pockets in their jacket." In other words, creating various groups—nonprofits, PACs, super PACs and for-profit businesses—is a popular way, Allison said, for a politician to pay the salaries of campaign aides and consultants that he wants to keep available for himself for when he's ready for the next step in his political career, all of which is legal.

"The problem with the system isn't what's illegal; the problem is what's legal," Allison said.

With Generation Mississippi and the marketing firm Plunkett created called Horizon Media Marketing, his endeavors follow that trend. In August, Plunkett tried to put those connections to work by making overtures to bigwigs in Mississippi conservative politics. He outlined a plan that appeared to use the Mississippi Conservative Coalition, in which many conservative leaders are involved, as a funding mechanism for his PAC.

"[I]t looks like we have a more clear path for how [Generation Mississippi] will work in conjunction and as a support measure for the conservative coalition," Plunkett wrote in an August email that went to many conservative leaders.

Nelson said the coalition was concerned with the emails outlining the Generation Mississippi PAC plans—and that a large portion of its budget would be used on administration—so they declined to partner.

Spending and fiscal accountability of tea-party groups, which eschew government spending but raise millions of dollars for their causes, has come under scrutiny in recent years.

Using data from the Sunlight Foundation, The Washington Post reported that of the $37.5 million spent during the campaign cycle through April 2014, six major tea party PACs spent less than $7 million on directly helping their candidates. Instead, the bulk of the money, the Post reported, went to the salaries of the leaders, "airfare, a retirement plan and even interior decorating."

Since the conservative coalition rebuff, Plunkett retooled, scrapping original plans for a Generation Mississippi PAC and choosing to focus on supporting groups and individuals who are already doing volunteer work in Mississippi communities.

Generation Mississippi officials say the organization does not support or finance political candidates or campaigns, although Plunkett's August emails stated that the group would work with fundraising and public-relations subcommittees to "plan events honoring legislators and government officials to raise funds and awareness across the state in geographically important locations."

Plunkett said that although Sen. McDaniel supports Generation Mississippi, the organization has no formal relationship with either McDaniel or the senator's political campaign committees.

Plunkett told the Jackson Free Press today that Generation Mississippi has four tenets: a return to honesty, hard work, family and friends, and faith in a higher purpose, and it will support groups who follow these principles. Still, the focus still seems to hinge on promoting small government.

McDaniel said that UCF has three core principles: decentralization, federalism and volunteerism, and they will support groups whose missions align with these.

Though the organization model for both groups is nearly identical, McDaniel said the focus of Generation Mississippi is community-oriented—though this focus was only recently established—while UCF looks at the "big picture" of the conservative movement in the state.

"The United Conservatives Fund will be more of an umbrella organization for all the other organization to work with and to message along with us. Not that we control them, it would just be a different way of doing business," McDaniel said.

But if last year's tough U.S. Senate primary threatened to tear the Republican Party apart and take the wind out of Mississippi conservatives, McDaniel's reemergence with United Conservatives Fund may breathe new life into the tea-party movement.

McDaniel said UCF will ask for monthly donations from their members and the funds, then, will be spent on messaging, organization and recruitment. The PAC will also support political candidates whose missions align with theirs.

"What we want to do is elevate the conversation," McDaniel said, adding that UCF will be a member-lead organization.

The Senator and the Rock Star

Since December, McDaniel and Sojourner have been attending coalition meetings and soliciting donations for UCF.

Facebook messages from Sojourner, McDaniel's former campaign manager, to conservative leaders sent in August suggest Sojourner is involved in plans to benefit from funds raised through the conservative coalition.

"We'd like to help message, fundraise and create a structure to help all our conservatives be a huge political force in (Mississippi). I'd like to meet with a handful of the key players who pulled your group together to discuss and see what we can all do to help each other," Sojourner wrote.

With McDaniel's tea-party rock-star status, any group in his political solar system stands to benefit.

"Unfortunately, I believe she is using Chris as her mouthpiece," Nelson said of Sojourner.

Janis Lane, president of the Central Mississippi Tea Party, who regularly gains notoriety for high-profile mishaps, which includes getting locked in the Hinds County courthouse on election night last June and disparaging women's right to vote to the Jackson Free Press, wrote on Facebook that she signed up for monthly contributions to McDaniel's PAC.

Plunkett said some of the members of the two new organizations—Generation Mississippi and United Conservatives Fund—overlap and are supportive of each other.

In the meantime, Generation Mississippi will simply be a platform to tell stories, volunteer April Perkins said.

Concerned members of the conservative community, Nelson said, "just want to know that it's going to remain above board."

McDaniel told the Jackson Free Press that UCF will be a fully transparent PAC. "It's good for everyone to have concerns about new organizations. It's good to ask questions," he said.