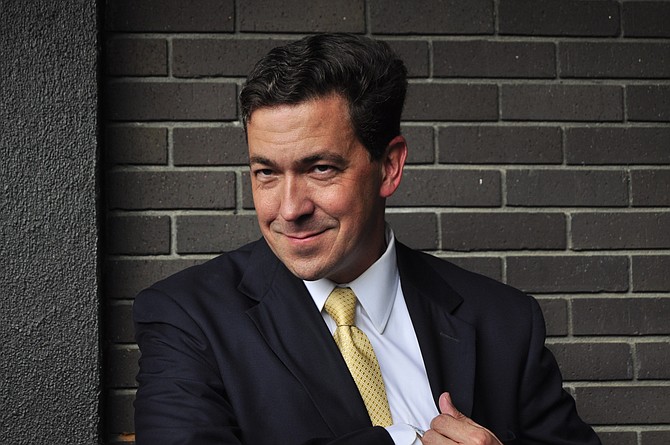 Some former members of the Mississippi Senate Conservative Coalition say the organization, led by Republican Sen. Chris McDaniel of Ellisville, never lived up to its own billing as a study group to create serious policy proposals. Photo by Trip Burns.

Now, the coalition has mostly unraveled, and seven of its 11 original members have even endorsed Reeves for re-election.

Some former coalition members say the organization, led by Republican Sen. Chris McDaniel of Ellisville, never lived up to its own billing as a study group to create serious policy proposals.

Republican Sen. Will Longwitz of Madison said he left the coalition within weeks.

"From the beginning, it was an organization to promote Chris McDaniel," Longwitz told The Associated Press this past week. "I don't see anything they have accomplished. It's just policy losses followed by political fundraising. You lose, you whine, you raise money."

In a separate interview with AP, McDaniel said Longwitz's comments were "very disappointing ... Will may talk like he's a conservative, but his record proves otherwise. That's the primary reason he received a Republican primary opponent."

McDaniel held a news conference in June 2013 to announce the coalition.

At that point, the tea party-backed McDaniel was preparing to challenge longtime U.S. Sen. Thad Cochran in the 2014 Republican primary, but was still more than three months from announcing his candidacy. McDaniel ended up losing to Cochran in a bitter race he never conceded.

Reeves served two terms as state treasurer before defeating longtime state Sen. Billy Hewes of Gulfport in a contentious Republican primary for lieutenant governor in 2011. Hewes took the unusual step of announcing who would be on his leadership team if he were elected, and the list included McDaniel and Republican Sen. Michael Watson of Pascagoula as chairmen of powerful Senate committees.

So, from the beginning of Reeves' term as lieutenant governor, McDaniel and Watson were outsiders. Each got a chairmanship, but not nearly as good as the ones they would have gotten under Hewes.

Reeves has been endorsed by 28 Republican state senators, including seven originally in the Conservative Coalition — Gandy, Harkins, Hill, Longwitz, Massey, Parker and Smith.

The coalition members who didn't endorse Reeves are Lee, who's not seeking re-election to the Senate; and McDaniel, Sojourner and Watson, who are running again.

McDaniel, Watson, Sojourner and Hill are the only coalition members who consistently stick together these days, but McDaniel said the group still exists.

"We all don't think precisely the same way," McDaniel said. "Some are more liberty-oriented than others."