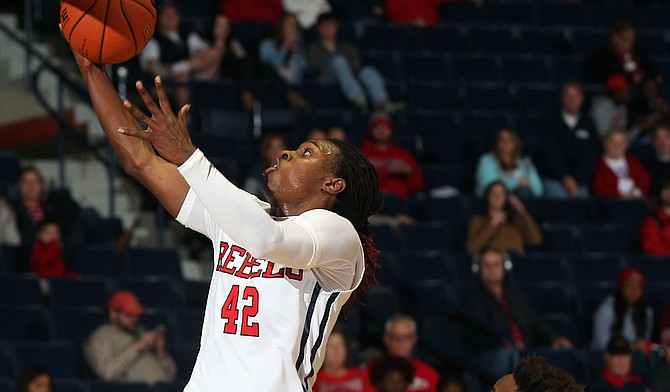 If I was going to bet on who will be the frontrunner for this year's Howell Trophy, my money would be on University of Mississippi junior guard Stefan Moody. The Mississippi Sports Hall of Fame & Museum gives the Howell to the best men's basketball player at a four-year college or university every year, and Moody has been one of the major reasons the Rebels are knocking on the door of a NCAA Tournament berth this season.

It was an interesting journey to Oxford, Miss., for Moody. He started his career at Florida Atlantic University in 2012, where he scored 15.7 points, 4.2 rebounds and 2.2 assists per game. The Sun Belt Conference named him Freshman of the Year and gave Moody second-team All-Sun Belt honors.

Then, in December 2012, the team suspended Moody for three games for what it originally said was an academic issue, but FAU coach Mike Jarvis later said that the suspension was drug-related. Moody left the college for academic reasons the following year.

Moody played for Kilgore College, a community college in Texas, for his sophomore season, which began in 2013 and ended in 2014. While at Kilgore, Moody averaged 17.7 points, 3.4 rebounds and 4.4 assists, and he earned Honorable Mention All-American honors.

Ole Miss opened the door for Moody with the departure of Marshall Henderson, another guard with a checkered past (and a Howell winner). Adding Moody to the team gave the Rebels another dynamic scorer to go along with returning star Jarvis Summers, who won the Howell Trophy last year.

Things started out slowly, though. Moody scored just seven points in his debut game against Charleston Southern University in a 66-65 overtime loss. But that game was just one of four so far this season where Moody failed to score in double figures.

His first 20-plus point game was against the University of Cincinnati in late November when he scored 26 points. To date this season, Moody has played eight games scoring more than 20 points. His season high was 29 points against Mississippi State University. Moody is the only Rebel this season to start all 27 games.

Currently, the team has a 19-9 overall record and 10-5 SEC record. Moody leads the team in scoring at 461 points for the season so far. He also has 48 steals this season with a 1.7 steals-per-game average. He is second on the team in assists with 61 for a 2.2 per-game average and fifth in rebounding with 94 for a 3.4 average.

No one on the team has made more three-point shots than Moody, who has made 66 so far this season. He is shooting 34 percent from three on the season, and he also leads the team with 91-percent free -throw shooting.

Moody has been named SEC Player of the Week twice this month.

After playing the University of Georgia on Wednesday night (a game the team lost 76-72), the Rebels have only three games remaining in the regular season—against Louisiana State University, the University of Alabama and Vanderbilt University. All of them are winnable.