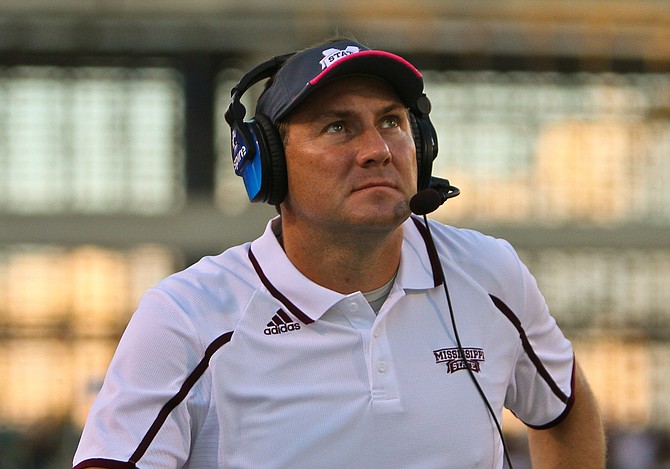 The capital city, along with organizer Parents and Kids Magazine, hosted the annual Metro Jackson College Fair Feb. 11. Junior and senior high school students packed the Jackson Convention Complex to learn more about the universities and colleges in and out of the state. They spent the morning visiting booths and picking up information as they waited for the day's speaker to arrive.

One of the convention center's ballrooms quickly became standing room only as teachers, students and parents filled the room. The crowd even consisted of 60 middle-school students from Ray Brooks School in Benoit, Miss., Inverness Elementary in Inverness, Miss., and Morgantown College Prep Academy in Natchez, Miss., as part of the early college awareness program offered to various public schools in the Delta.

Here are some of the key points the speakers made.

Don't be afraid to change your major and figure out what you want to do in life. Mullen stressed that students should talk to people who work in their fields of interest.

"You can accomplish whatever you want, but there are no shortcuts to the top," Mullen said. "Success isn't guaranteed, but there is no way to be successful if you don't try. Success isn't a destination but a journey."

Mullen explained that college was like climbing a mountain. "There are several ways to get to the top, but you have to put in the work. ... It won't be easy," he said.

Find a balance between school, work, studying and having fun. Prescott challenged the students to go above and beyond. "Anyone can be average," he said. "Average is easy, but who wants to be great?"

When a student asked the quarterback what NFL team he would like to join, Prescott said if he could pick his team, it would be the Dallas Cowboys.

Learn to make decisions for yourself. "College is what you make it," Hughes said. "There is no curfew anymore when you get to college." He told the students that they would have to learn when they must go to bed or go out and have fun since their parents wouldn't be at college with them to make those decisions anymore.

You can succeed in college. "Does anyone know what your GPA is when you start college?" Mullen asked the crowd. "It's zero. You can make it as high or as low as you want to make it. ... College isn't just about getting a degree, but also learning to think for yourself, problem solve (and) come up with your own ideas.

Mullen said he was proud that of the 19 seniors on this past year's team, 17 of those young men graduated last December, and the other two will graduate this May. Even running back Josh Robinson, who left school early for the NFL Draft, will graduate with a degree in May.

"Don't settle," Mullen told the students. "Be the best you can be."