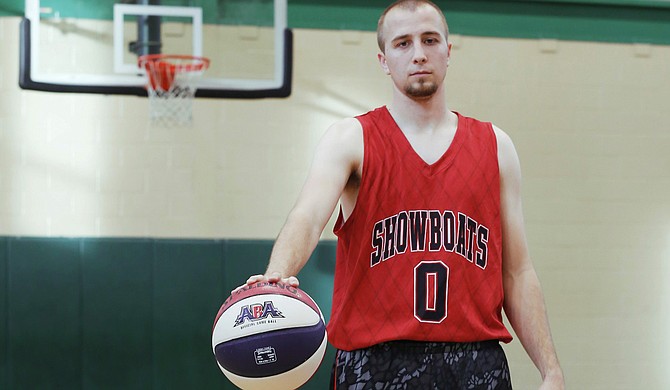 Will Werner is on this fall’s roster of Jackson Showboats players. Photo by Imani Khayyam.

Will Werner didn't want to wake up one morning and wonder what would have happened if he kept pursuing the game he loves: basketball. The 24-year-old athlete, fresh out of Southeastern Louisiana University, just had to figure out how to keep playing ball out of college.

Werner stood out in all of his athletic pursuits at Northlake Christian School in Covington, La. In his senior year in 2009, he helped the school baseball team win the state championship, led the football team in receptions and finished fourth in the state in high jump. The 5-feet, 11-inch, 165-pound guard also shone on the basketball court, where he put up 10.2 points, 8.3 assists, 7.4 rebounds, 3.1 steals and two blocked shots per game. Though he excelled in sports, Werner says he didn't get any offers after high school. "It was a small 1A school, and it was hard to stand out," he says.

Werner tried to walk on at Southeastern Louisiana his freshman year and made it to the finals of tryouts. While he ended up not making the team, he did come out on top in the 2013 SLU Slam Dunk Contest. Meanwhile, he played intramural football and basketball to get his competitive fix.

In 2014, Werner graduated with a bachelor's degree in finance, and he started managing at his father-in-law Duane Nay's recreational-vehicle repair business. He still played in some leagues around town, but he always thought he could go farther in basketball and wanted to show the world his skills on the court. One night, Werner told his wife, Courtney Werner, that he wasn't ready to close the door on the sport. She pushed him to try out for the River City League in Vicksburg.

"I didn't want to have any regrets," Werner says.

Werner began playing in the league this past summer, where he shone. As a result, General Manager Grant Worsley offered him a spot on this fall's roster for the Jackson Showboats, a minor league team affiliated with the American Basketball Association. Werner has been searching for a job in the Jackson metro area so he can be a part of the community, as well as a player for the Showboats.

The left-handed guard's performance on the court also earned him a tryout with the Memphis Grizzlies for their D-League affiliate, the Iowa Energy. While the tryout didn't pan out, Werner was happy that it got his name and game out to more people. Even if he doesn't catch on with a D-League team, Werner says he wouldn't mind playing basketball for a foreign league.

"My wife wouldn't mind going overseas," he says. "She loves to travel."

The goal, Werner says, is to make it onto an overseas team at least before he is 28 years old. He is also watching the style of play in other countries, where the fundamentals have a bigger emphasis and passing the ball is an even more important part of game play.

This season, Werner hopes to lead the guards in rebounds and score 20 to 24 points per game, but he feels his main objective is to make his teammates better. He says he gets as much excitement out of making the pass to the right open players as he does knocking down shots.

The Jackson Showboats play home games at Thomas Cardozo Middle School (3180 McDowell Road Ext.) against the Mobile Bay Tornados on Jan. 3, the Texarkana Panthers on Jan. 30 and the Bowling Green Bandits on March 5. General admission to Showboats games is $6. Kids under age 10, veterans and active military can attend for free. For more information, call 769-203-2108.