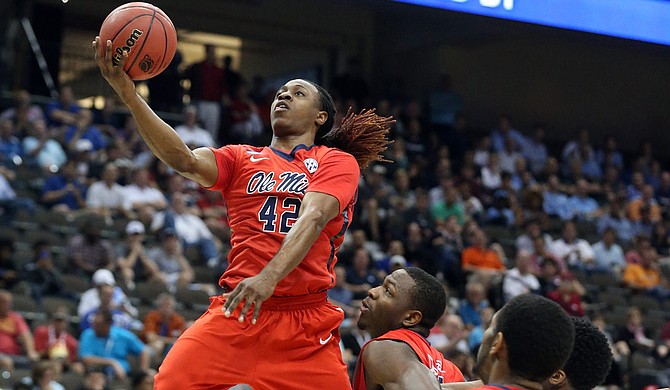 Each season, I try to pinpoint the players who might be candidates for the Howell Trophy, which is the award that goes to the best men's basketball player at a four-year college or university in the state of Mississippi.

A player from the University of Mississippi has won the award for the past three years, with Marshall Henderson winning in 2013, Jarvis Summers winning in 2014 and Stefan Moody winning the accolade last season. Moody is the preseason favorite, but that doesn't mean he will earn an easy repeat. Mississippi State University has two possible candidates, Jackson State University has a strong player, and the rest of the players around the state will make their case.

Here are my early season favorites for this year's Howell Trophy.

Stefan Moody won the award last season with his impressive play down the stretch for the Rebels as he helped them get into the NCAA Tournament.

This year, Moody is the team leader and go-to scoring threat for the Rebels. He is currently averaging 23.8 points per game, up from the 16.6 points he averaged last season. Twice this season, He has dropped 30 points for the Rebels in wins over Towson University and the University of Massachusetts. The first-team All-SEC player has only been held under 20 points twice this season, and UM lost both games. He was held to 18 points in a 68-62 loss to George Mason University and 13 points in a 75-63 loss to Seton Hall University. The Rebels go undefeated when Moody scores 20 or more points in a game.

One player that has begun to shine under new head coach Ben Howland is Gavin Ware, who has been with the Bulldogs since the lean years of the Rick Ray era.

MSU has been a perfect 3-0 whenever Ware put up a double-double so far this season, though the former 2013 SEC All-Freshman was held under 20 points in four of the five losses for the Bulldogs this season.

Malik Newman was one of the most coveted players in the country and the best player in the state of Mississippi when he was in high school. He turned down offers from schools such as the University of Kentucky to play for Howland and the Bulldogs.

The former Callaway High School star missed the opening game of the season with a foot injury and has gotten off to a slow start. Newman has only averaged 12.3 points per game after averaging 29.7 points for the Chargers his senior season.

Paris Collins is in his first season at Jackson State after a stop at Des Moines Area Community College. The sophomore helped lead DMACC to a fourth-place finish in the National Junior College Athletic Association Division II National Championship and was second on the team with 14.2 points per game. In his first season at JSU, Collins has been a major threat on offense, scoring in the double digits in nine of the Tigers' 12 games. Collins has gone for 20 or more points in five games thus far.