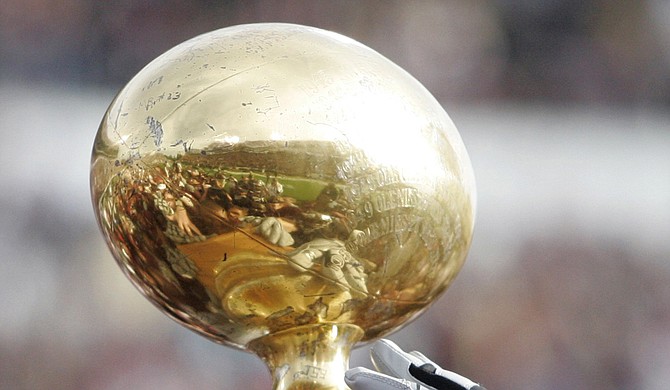 Now, all three Mississippi schools are back in bowls this season, and Alcorn State University is in the mix this year, which means four state teams will play.

Mississippi State gets another shot at beating an Atlantic Coast Conference team after last year's humiliating blowout loss to Georgia Tech University in the Orange Bowl. This time, the Bulldogs get the Wolfpack of North Carolina State University in the 2015 Belk Bowl, which is on Dec. 30 at Bank of America Stadium at 2:30 p.m. ESPN will televise the game. The Wolfpack finished in fourth place with a 3-5 record in the Atlantic division. Mississippi State finished in fifth place with a 4-4 record in the SEC West. This will be Dak Prescott's final game as a Bulldog. NC State enters this game with a 7-5 record overall, and MSU enters this game with an 8-4 record. The last time these two teams met was in the 1995 Peach Bowl, which the Wolfpack won 28-24.

UM, much like Mississippi State, will try to get the bad taste out of its mouth of a woodshed game against a Big 12 team after TCU spanked the team last season in the Chick-fil-A Peach Bowl. The Rebels will try to win against the Oklahoma State University Cowboys in the Allstate Sugar Bowl. The Rebels and Cowboys will meet on New Year's Day, which is the final game of the day, at the Mercedes-Benz Superdome at 7:30 p.m., and ESPN will televise it. Oklahoma State enters the bowl on a two-game losing streak. This could be the final game for many players in the highly touted UM recruiting class of 2013. The Rebels finished second in the SEC West at 6-2, and the Cowboys finished 7-2 for second overall in the Big 12. UM enters the game with a 9-3 record, and Oklahoma State enters the game with a 10-2 record. The last time these two teams meet was the 2010 Cotton Bowl Classic in a 21-7 Rebels win.

Two days out of the year feature no professional sports games, such as MLB, NBA, NHL  or NFL—the day before and after the MLB All-Star Break.