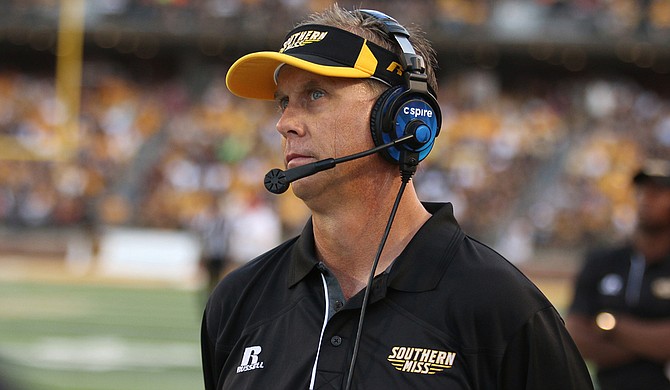 No matter what happens this Saturday, Dec. 5, in the Conference USA Football Championship, where the University of Southern Mississippi will take on the University of Western Kentucky, USM has completed one of the biggest turnarounds in college football this season.

The Golden Eagles will be looking for their first C-USA football title since 2011, right before the wheels came off in the 2012 season. Head Coach Todd Monken should not only be C-USA Coach of the Year, but several national coaching honors should come his way.

All three Mississippi FBS schools have found solid coaches, and the programs seem to be on sound foundations. After the regular football season ended Sunday, Nov. 29, several coaches got the ax, and in the coming days, several more will likely be out the door.

In some cases, coaches simply don't meet expectations. The University of Georgia, at which only a national championship season will do, fired Head Coach Mark Richt, even though he only had one losing season (6-7 in 2010) in 15 years and finished this season with a 9-3 record.

Louisiana State University almost paid $15 million to force out coach Les Miles before public opinion swayed the decision. Miles has never had a losing season in 11 years with the Tigers and has won at least eight games every year, with a national championship in 2007 and a loss in the 2011 championship game against Alabama.

Meanwhile, one former Southern Miss coach could play his way into the national title picture. University of North Carolina at Chapel Hill coach Larry Fedora has the Tar Heels in the ACC Championship. It was Fedora leaving that led to the hiring of Ellis Johnson, which led to the USM program crashing and the subsequent hiring of Monken.

As college-football coaching jobs open up, the University of Mississippi and Mississippi State University probably don't have to worry about Hugh Freeze or Dan Mullen leaving. Both have a chance to play for national titles just because they are in the SEC, and very few jobs could open that would pay more money and provide a quicker path to a title.

The same can't be said for Monken and Southern Miss. The turnaround job this season will make plenty of programs around the country take notice of the Golden Eagles head coach. Not every job opening should worry USM fans, although job vacancies in the Power Five conferences should. Fedora left for a job with a Power Five team, after all.

Right now, jobs available in power five conferences include ones at the universities of Georgia, Miami, South Carolina, Missouri, Maryland and Virginia, as well as Rutgers University and Syracuse University. Even more positions could become available as the week goes on.

The new fear for Southern Miss fans is that another university might swoop in to poach the program's hot young coach once again. And the next coaching hire may well be another Ellis Johnson in disguise.