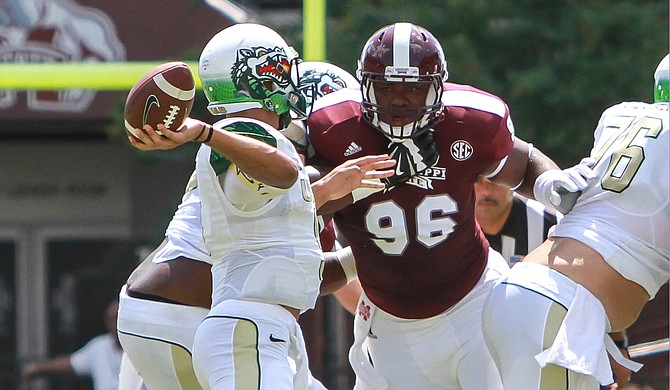 Last season turned out to be a perfect storm for Mississippi State. The Bulldogs had a great mix of returning players, a favorable schedule and opponents with more questions than answers.

That doesn't mean the Bulldogs weren't also a good football team. In fact, they proved themselves to be a great team, but they also took advantage of having one of the best play-makers in the SEC: quarterback Dak Prescott.

Mississippi State went from unranked at the start of the season to being the first team ranked No. 1 in the leadup to the first College Football Playoffs.

Mississippi State took its first loss when facing off with the University of Alabama, who later won the SEC West and the SEC Championship Game. MSU also lost the Egg Bowl to UM and laid an egg in a disastrous third quarter in the Orange Bowl to lose 49-34 to Georgia Tech.

Now, the trouble for Mississippi State is coming up with an encore after its most successful season in school history. Mississippi State has the fewest returning starters in the SEC this season. The Bulldogs are missing three starters on their offensive line and three on the defensive line.

MSU must replace running back Josh Robinson, who left early for the NFL, on offense, but Prescott and junior wide receivers De'Runnya Wilson and Fred Ross are returning. Junior running back Ashton Shumpert will get the first chance to replace Robinson. On defense, the Bulldogs return junior defensive tackle Chris Jones and senior defensive end Ryan Brown. 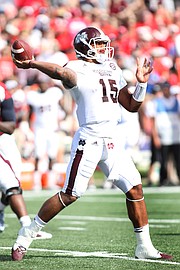 Jones didn't start last season but is an NFL prospect who needs to play like one this season, and Brown, along with Jones, must be a passing and rushing threat.

Linebacker Benardrick McKinney left early for the NFL, but junior linebackers Richie Brown and Beniquez Brown are returning. Both linebackers should be able to provide play-making ability and leadership on the defensive side of the ball.

Mississippi State having to rebuild its secondary isn't the worst thing going into this season. Last year, the Bulldogs' secondary was the worst part of the defense.

Diaz left for Texas, where his career took a Texas Longhorns-sized nosedive. Being back in Starkville might be what gets his career back on track.

Things aren't as bleak as they might seem for MSU. Prescott returns and will be a legitimate Heisman contender.

The quarterback will have his top two targets from last season, and the running-back position has plenty of depth.

If the mostly new offensive line gels together quickly and can run and pass block, the offense should be fine. There will be more pressure on Prescott to produce, but as a senior, he should be ready for the load.

On defense, the Bulldogs have depth. Even if they didn't start, a lot of those athletes played last season. Collins did a great job of getting playing time for backups last season all over the field. People may say a lot about the lack of returning starters, but Mullen has recruited depth, and a lot of the returning players got play time last season. They now have to start and fill leadership roles.

Nobody will overlook Mississippi State this season. That's not to say anyone overlooked the Bulldogs last season, but this isn't your end-of-the-Jackie Sherrill-era or Sylvester Croom-era Bulldogs. In a lesser conference, MSU would keep right on rolling along, but not in the SEC. Nearly every team in the conference will improve. Fans will find out quickly how good Mississippi State can be with LSU waiting in the second game of the season after MSU's opener against Southern Miss.

This season will be a success if the Bulldogs win eight or nine games, but it will be a disaster if MSU manages to win just four or five games. Overall, the Bulldogs should win six or seven games and go bowling for the sixth straight season.