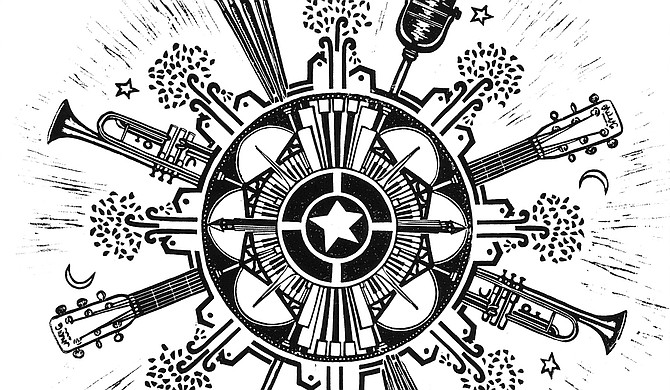 Jackson's historic Belhaven neighborhood prides itself on a strong sense of community. It's also a hub of creativity, both old and new. For instance, just around the corner and up the street from Eudora Welty's house, you'll find The Manship Wood Fired Kitchen, which showcases paintings and photographs from local artists on its walls. In what's become an annual celebration of the creativity of the Belhaven residents and neighborhood, Bright Lights, Belhaven Nights encourages local musical acts, artists and food vendors to showcase their talents.

Now in its 11th year, Bright Lights is styled as a music and arts festival, but it's also a celebration of community and camaraderie between neighbors and friends of Belhaven.

"You can't turn around (during the event) without seeing a friend and visiting," Bright Lights public-relations chairwoman Shannon McLaughlin says.

More than 5,000 people attended last year's event, meaning it attracts not only neighborhood residents, but also allows the larger Jackson community to experience all that Belhaven has to offer. "Belhaven is just a great jewel within the city," McLaughlin says. "To be able to have a music festival right in the middle of a historic neighborhood like this is really special."

The organizers weren't always certain that the festival would draw such crowds, or even happen at all. Virgi Lindsay, executive director of the Greater Belhaven Neighborhood Foundation, remembers the festival's first year when the organization decided to host the event in August because it was a time of year that wouldn't compete with other events in the city.

Lindsay had attended the White Linen Night Party in New Orleans, an outdoor art party in the Warehouse District and convinced a few of her board members that, "if New Orleans can have an event in the heat of August, so can we," she says. The first year, attendance of 1,500 people at the Bright Lights festival confirmed just that. It turned out that the festival's timing was poignant in an unforeseen way.

"It was a beautiful night of community and friendship, and one week later, (Hurricane) Katrina hit," Lindsay says.

From the outset, Lindsay and event organizers ensured every participant, from the bands to the artists to the vendors, had a tie of some sort to the neighborhood. This year, that includes the band The Weeks. Bright Lights was the first music festival the band ever played, so this year represents a homecoming of sorts.

"I think I had them set up on just a piece of plywood; we didn't even know how to set up a stage," she says.

"Belhaven is a warm and vibrant community that has a strong sense of place," she says. "The architecture and geography, as well as the people, are part of what makes me choose Belhaven. All of those contributed to my design as well."

Stennis hopes the image she created for this year's festival will not only be "an image for the festival, but a cultural document that any art lover might appreciate," she says. It incorporates architecture, geography, music, art and the Belhaven neighborhood logo.

Bright Lights, Belhaven Nights takes place Saturday, Aug. 15, from 5:30 p.m. to 9:30 p.m., rain or shine. Advance purchase tickets are $8 until Aug. 12 at 11:30 p.m.. At the door, tickets are $10 and $1 for children ages 12 and under. Free parking is available in the garage adjacent to Baptist Health Systems Medical Arts East at the corner of Carlisle and North streets, as well as at New Stage Theatre (1100 Carlisle St., 601-948-3531) and along Belhaven streets. For a full music line-up and information on this year's featured artist, visit greaterbelhaven.com or find Bright Lights, Belhaven Nights on Facebook.