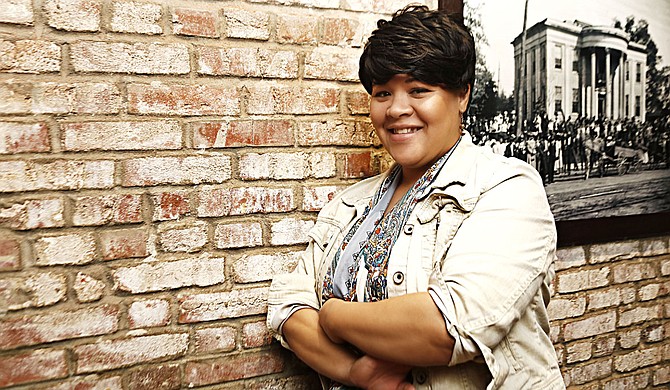 For Kila Milner, 34, a career in the restaurant industry lets her combine work she loves with her passion for Jackson, a combination that she says is a win-win.

Milner was born in Tokyo, Japan, though she considers Jackson home. After moving around a lot during her childhood (her dad, Kenneth Milner, was in the Air Force), Milner's family settled in south Jackson, where she graduated from Forest Hill High School in 1999. She worked as a freelance writer for Razor, a now-defunct local magazine. When that project ended, Milner enrolled in the Mississippi Institute of Aesthetics, Nails and Cosmetology, where she graduated with an associate's degree in cosmetology in 2006. To pay the bills, she waited tables.

Bouji Spa, where she worked after graduation, closed about the time Babalu Tacos & Tapas was getting ready to open in Fondren. In December 2010, Milner joined the staff as a server, taking what had been a part-time gig to full-time status.

Milner worked as a server at Babalu for three years. Her bubbly personality earned her a fan base of regulars. "(It is) exciting to see the progression from (the restaurant's) opening to what it's become now—a real go-to place in Jackson," she says.

When the restaurant decided to formalize its catering operations, the managers offered her an opportunity to be a part of that side of operations, and she jumped at the chance.

"I was like a 'girl Friday,'" Milner says about her new job. Babalu hired Wendy Bryant to head catering, and Milner was her right hand. She learned how the catering side of the business works from Bryant, as well as how important it is to always be on time—something that "seems like a little thing, but is really important," Milner says.

The experience in catering and her time at Babalu recently led her to make a move to another restaurant with a firm commitment to Jackson—The Iron Horse Grill. Its manager, Andy Nesenson, was once the general manager at Babalu. When Nesenson was ready to bring on someone to manage the Iron Horse's catering business, he reached out to Milner.

The job will be a new and different experience for her, Milner says, because not only will she oversee off-site events, but she's also in charge of on-site events in the restaurant's private party rooms. "It's a unique space—a Jackson landmark—and the new blues museum upstairs will be a draw for groups and tourists, too," Milner says. She hopes to capitalize on those assets to make the catering aspect of Iron Horse Grill "amazing," she says.

Milner credits her time at Babalu with teaching her priceless lessons about the industry and customer service, and says her biggest takeaway is to make guests happy. She plans to do that in her new position by providing a quality product and service, and by making the experience fun for her clients.