Fitness from the Page 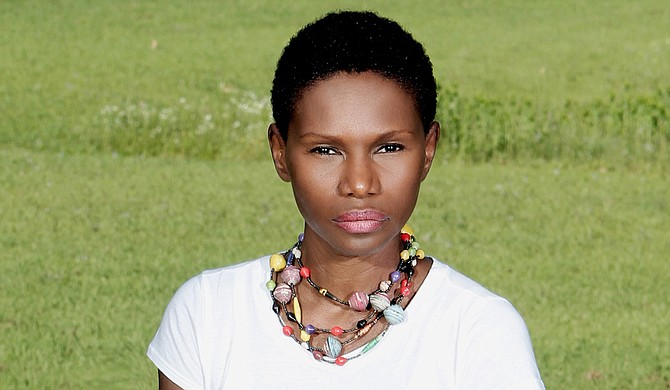 Jackson-based public health practitioner and advocate Getty Israel might be a newcomer to long-form writing, but in many ways, her first book has been in the works since she was just a girl. Released in February, "When Poor Was Healthy" (Pathway to Wellness, 2015, $19.95) outlines the health lessons that Israel learned while growing up in rural Mississippi.

Whether walking or riding their bikes down their unpaved street, the children in Israel's neighborhood growing up were rarely inactive, mostly because they couldn't be.

"Everyone in my neighborhood was poor, but obesity was also unheard of," she said. "...Our lifestyle didn't allow us to become fat. We were too busy. We weren't in our homes sitting in front of a television or game. We were outdoors walking and running and playing."

Of course, there was also a community element to it. Most houses down her road had their own gardens. Neighbors would assist with each other's garden and share food. Other times, they would pick wild fruit that grew nearby or catch their dinner by fishing in the local lake. Israel says that many of the things that made her childhood healthy are now absent.

"What we've managed to do in Mississippi is what the rest of the nation has been doing a lot longer. That is, most of our foods are being (processed) and purchased ... from the supermarket," she said. "Now, don't get me wrong. I like having access to a supermarket. I'm glad that Kroger and Rainbow ... and Whole Foods exist, but what I'm saying is, even though those stores exist, ... we should not be completely relying on someone else to raise our foods and ship it into our state. We have all this land, and we're not using it."

Over her 16 years of public health-related work in Mississippi, many people approached Israel after a speaking engagement, wondering what they could do to solve their health problems and reduce risks in the future. For a long time, she'd wanted to write a book to provide information, and she realized that the basic elements of her active childhood could help people see how simple healthy living can be.

While the steps that Israel lays out in the book are simple, the process of putting them to paper was an arduous one. She began working on the project four years ago, devoting a full year just to seeking out secondary research. The appendix lists more than 900 citations.

"What I did not want to do was write a book that's all about my opinion or about what I think or about how I live," she said. "What I wanted to do was write an evidence-based book and supplement that with case studies of people right here in Mississippi who represent a diverse group: black, white, different age groups, different social and economic levels. I wanted to show, 'Well, here's some more proof that this works. Here's the science, the research from around the world, and now here are people from your own backyard who have done it.'"

Getty Israel signs copies of "When Poor Was Healthy" from 2 to 4 p.m. Saturday, April 11, at Barnes & Noble (1000 Highland Colony Parkway, Suite 3008, Ridgeland, 601-605-4028). The book is available online at Barnes & Noble and Amazon Books-A-Million and Kobo. For more information, visit gettyisrael.com.