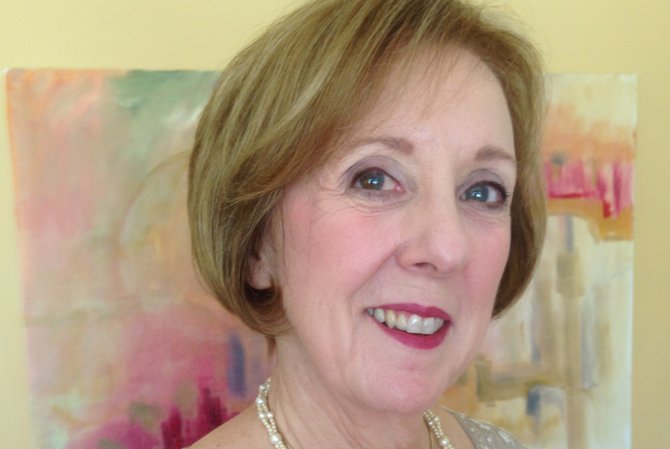 You don't have to be a mother to appreciate motherhood.

Mommies and babies--they're everywhere I look these days. Magazines and the Internet track the growing baby bumps and pregnancy fashion of Mila Kunis, Scarlett Johansson, and Kerry Washington daily. Not to mention Prince George and North West, or the birthday party of Gwyneth Paltrow's son Moses (which featured ombre balloons, in case you need to know). There's even an entire subsection of People.com solely dedicated to celebrity moms and their kiddos.

And it's not just celebs that throw motherhood in your face. As women mature, they see their social media feeds mutate into a steady stream of baby photos, child-rearing updates and the in-home sales pitches of stay-at-home moms who host parties selling tchotchkes, jewelry or beauty products. Mommy crafts are one reason I avoid Pinterest. And now ... Mothers' Day is upon us.

Not that I'm attacking moms. I love mothers, especially mine, and I'm tremendously grateful for the eight years she spent at home with me after I was born before returning to teaching. I genuinely admire people who undertake parenting. Deciding to bring into the world and raise another human into a person who becomes an interesting, engaging, responsible adult is perhaps the most selfless and terrifying act I can imagine. In fact, it's so daunting a task I don't think I could do it voluntarily.

I've felt this way as long as I can remember, but it took a while for me to confess to my mother. Luckily, I have in her not only a tremendous example of humor, wisdom, integrity and generosity, but also an ally who wants me to live the life I make for myself, never imposing expectations she thinks I should conform to.

Each year, I grow more appreciative of that, and this year as Mothers' Day approaches, it makes me think about the "Oh, Suzannah!" episode of Designing Women, in which Suzanne Sugarbaker fostered a little Vietnamese girl. The episode features a pillow from Suzanne's grandmother embroidered with a quote: "Dear Little One, I wish two things: To give you roots, to give you wings."

Over the course of the episode, Suzanne realizes that although she is not meant to be a mother, she still can experience the selflessness that comes with being one. I understand that; not wanting to ever bear a child from my own hips doesn't mean I don't have love to share. I'm thankful that my own mother gave me that example and gave me both roots and wings--which means treasuring the family I have, as well as the one I'll create (whatever that looks like). It's why she's always supported my education, my quest to find what I want to do in life and with whom I want to do it ... and why, when I told her that I may not ever wish to be pregnant, she didn't say, "You might change your mind one day," or "But I need grandchildren!" Rather, she responded, "I understand. I didn't like being pregnant, either--that's why there's only one of you."

Cue my big sigh of relief. (But she HAS met me; it can't have been a major shock.) I'm lucky that she knows, accepts and supports me and my choices--her love is unconditional.

The combination of selflessness with the certainty you've raised someone who makes the best choices for her own life, and who has the confidence to do what's right for her--that's motherhood, I think. Helping your child to become the person she's meant to be and letting her go be that person must be such a simultaneous challenge and reward.

At the same time, being the person my mom helped me become means I won't feel pressured to be barefoot and pregnant just because I'm a woman and am told I have some biological clock that's supposed to be ticking with increased urgency. (If it is, I don't hear it). Motherhood should be honored, but I think just as honorable is recognizing if it's not for you. And so on this Mothers' Day, I send love not only to my own mother and my mommy friends, but also to those who respect motherhood so much that they won't become one before or until they're ready. That's worth recognizing and respecting, too.