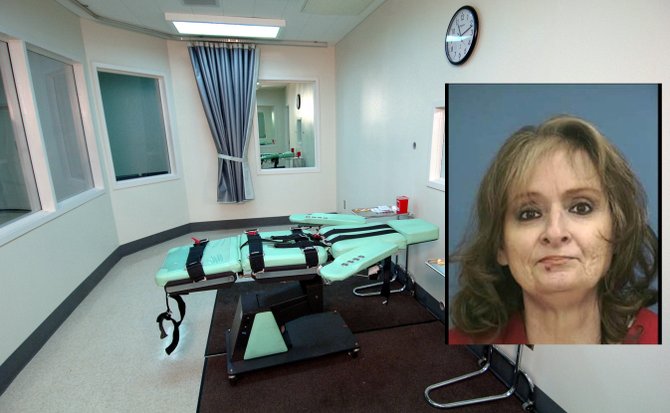 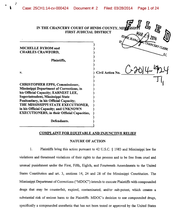 JACKSON, Miss. -- Two prisoners on Mississippi’s Death Row filed a lawsuit Friday against the Mississippi Department of Corrections (MDOC) alleging that the State’s plan to use “compounded” drugs to execute them violates the Constitution.

Mississippi uses three drugs for lethal injection: pentobarbital, vecuronium bromide, and potassium chloride. The first drug, pentobarbital, acts as an anesthetic to ensure that the condemned prisoner is unconscious and does not feel the effects of the second and third drugs, which stop the prisoner’s lungs and heart. Without an effective dosage of pentobarbital, the second two drugs cause excruciating pain similar to death by suffocation and then cardiac arrest. The prisoner would be paralyzed and unable to speak.

States that use the death penalty have had an increasingly difficult time obtaining pentobarbital since the manufacturer put controls in place that prohibit it from being used in executions. As an alternative, some states have turned to “compounding pharmacies” to make non-FDA-approved copies of pentobarbital.

Earlier this month, the Roderick & Solange MacArthur Justice Center sued MDOC for refusing to reveal the identity of the state’s supplier of lethal injection drugs. While the lawsuit was pending, it was discovered that H&W Compounding/Brister Brothers Pharmacy has supplied MDOC with the raw components necessary to make pentobarbital. Further investigation revealed that Brister Brothers Pharmacy most likely does not have the facilities and equipment necessary to compound a narcotic like pentobarbital from the raw materials.

The FDA has only recently begun scrutinizing compounding pharmacies, some of which have been accused of using ingredients from questionable sources, resulting in contaminated drugs that have harmed and killed consumers. The purpose of FDA regulation is to prevent expired, altered or counterfeit drugs from harming the public. The use of unregulated drugs in an execution raises the possibility that a prisoner will be paralyzed and killed without anesthesia. In the lawsuit, the plaintiffs highlight recent botched executions elsewhere in the country as evidence that experimental or compounded drugs are dangerous and may result in the torture of a paralyzed prisoner prior to his or her death.

“MDOC’s decision to purchase raw pharmaceutical ingredients and then secretly compound them at an unknown time and location by people with unknown training and credentials, increases the risk that the drugs will be ineffective or contaminated,” said Vanessa Carroll, attorney with the Roderick & Solange MacArthur Justice Center. “If the state’s pentobarbital is contaminated or sub-potent, prisoners will be conscious when the second and third drugs are administered, and they will experience a torturous death by suffocation and cardiac arrest. The constitution forbids cruel and unusual punishment, and MDOC’s decision to use untried drugs that may be counterfeit or contaminated creates an unnecessary risk of extreme pain and torture during an execution.”

Defendants in the suit, which was filed in Hinds County Chancery Court and assigned to Chancellor Dwayne Thomas, are Christopher Epps, the Commissioner of MDOC; Earnest Lee, the Superintendent of the Mississippi State Penitentiary where all executions take place; the State Executioner, whose identity is concealed from the public; and other unknown members of the State’s Execution Team. The plaintiffs are represented by Jim Craig and Vanessa Carroll of the Roderick & Solange MacArthur Justice Center in New Orleans.