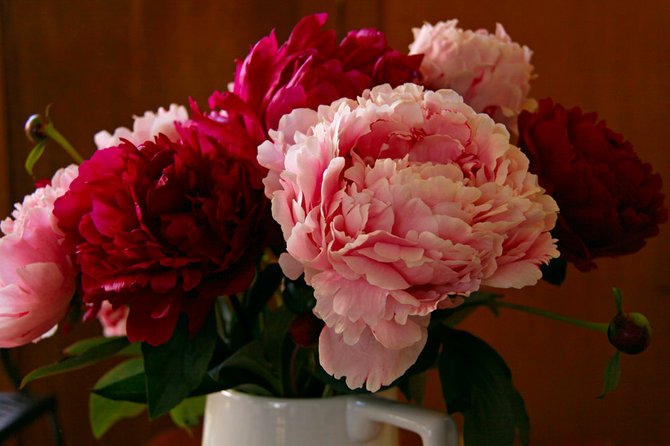 Beautiful—and uncliché—flowers are a welcome gift over candy-bar bouquets any day.

Though I am now coupled off, it wasn't always so. I've spent pretty much my entire life as a single gal. Additionally, most of my friends are either single or didn't go the "get married right out of college" route, so we've amassed a treasure trove of adventures in dating through the years. Or perhaps more accurately, adventures in non-dating. (I recently had a discussion in which I had to explain how one can find one's self wondering, "Wait ... is this a date?" It's not always clear.) Non-dating includes encountering a lot of odd male behavior, unwanted advances or inappropriate commentary on one's single status—and we've experienced it all.

Let's start with the inappropriate judging. Especially after a certain age, if one is single, family, friends and even strangers offer commentary on your independent status that leaves you feeling like you're some sort of freak of nature who should be studied.

Case in point: a girlfriend and I went to the Celebrate the Cocktails dinner at Sal & Mookie's (525 Taylor St.) last winter. Seating for the event was family-style, and as fate would have it, we two young (or young-ish, at least) unmarrieds found ourselves among a table of married folks older than us.

We enjoyed chatting with our tablemates, but at the end, things got a little weird. My friend mentioned she is divorced and jokingly said she doesn't know if she'll ever get married again, though she would consider having a child. Suddenly, she found herself on the receiving end of an impassioned lecture from the man next to her about his belief that biblically, once one is divorced, one cannot remarry without it constituting adultery unless the ex-spouse dies. Without pointing out that he himself was divorced and remarried (although his ex-wife remains alive and well), or that this seemed inappropriate judgmental chiding of a person he'd just met, I swept in to attempt a defense and change the subject. But on the inside I was appalled. We just wanted to enjoy a nice evening, and we just met this man. What gave him the right to go off on our life choices?

Then there are the men who mean well, but swing and miss. Another friend went out a couple of times with a guy who sent something to her work for her birthday. I thought she meant flowers, until she sent a picture of ... a bouquet of candy bars and chips. An utterly confusing and strange gesture, though I'm sure he meant well. Let's just put it this way: If it's something you'd send your assistant on Administrative Professionals Day, it's probably not the best choice for a lady whose affections you're attempting to woo. Was he saying he liked her as a friend? That he wanted to fatten her up? We couldn't figure it out, but it did not make her want to fall into his arms.

But then, out of all the strangeness, something sweet happened. A couple of weeks ago, flowers were delivered to my office by mistake—a bouquet of mixed yellow blooms. When the gal from next door came to get them and opened the card, I couldn't help but ask, "So were these expected, or did you have a good date?" She responded they were from a gentleman at her church who wanted to get to know her better. Her birthday was the next day and the card read, "I couldn't wait until tomorrow to tell you Happy Birthday."

Now that is how it's done. We determined she definitely should go for drinks with this gent. Whether or not it turns into a happily ever after is yet to be seen, but it's always good to be reminded that despite all the judgment and the odd men, there are still good men out there.