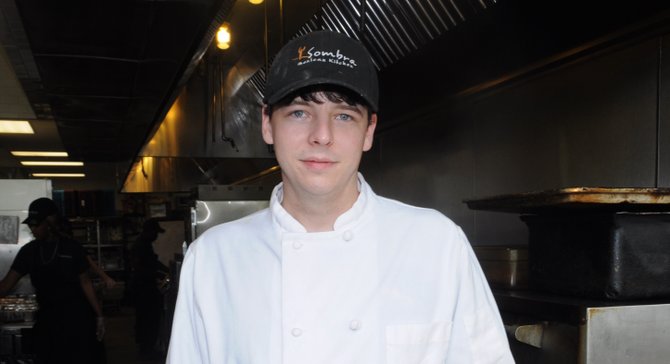 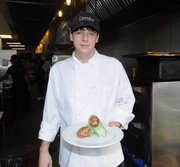 Though a mere 25 years old, Chef John Michael Smith of Sombra Mexican Kitchen in Ridgeland is a seasoned veteran of restaurants. Smith's first job in high school was as a dishwasher at Madison's Pizza Inn (119 Colony Crossing Way, Suite 600, Madison, 601-605-2122). "So I could earn the money to buy a car," he says. After paying his dues there, he moved on to Char (4500 Interstate 55 Frontage Road, Suite 142, 601-956-9562), where he advanced from dishwasher to line cook under Chef Patrick Harley.

When Harley moved on to help open the Ridgeland location of Biaggi's (970 Highland Colony Parkway, Ridgeland, 601-354-6600) in 2007, Smith followed him. While there, he initially kept his role as a line cook, but under Harley's mentoring, he advanced to sous chef. After a little more than a year in that position, a new opportunity presented itself.

Smith's wife worked for JHS Holdings, the restaurant group that owns Amerigo and Char, and when the group decided to open Sombra in 2011, she encouraged her husband to interview at the restaurant. Things went well, and Smith joined the opening team.

He says the process of opening Biaggi's proved helpful. However, Sombra presented new challenges to him because, rather than a new location of an existing chain, the team was creating a whole new restaurant concept from the ground up, from design to drinks and menu. Assembling a new staff included recruiting some familiar faces; Smith has worked with several of the kitchen crew members during his Char and Biaggi's days. He believes that shared history lends an important sense of camaraderie to the team, as well as valuable experience in knowing how each person works.

In running the Sombra kitchen, the lessons learned during Smith's time under Harley have come in handy. "He really helped me learn how to deal with people from a management perspective," Smith says. He has found that working with others is an important part of his leadership role on the Sombra team.

The Mexican-restaurant environment is new to Smith, and it keeps things casual and fun. He enjoys seeing a lot of families in the restaurant enjoying dinner together. One of his favorite items on the menu is his own creation: the quesadilla burger, which has pico de gallo, cheese and guacamole and is served between two crisped tortillas instead of on a bun. (Not surprisingly for a burger lover, he enjoys grilling out on his down time away from the restaurant, too.) Just in time for spring, the restaurant updated the menu to add some new items focusing on fresh fish—which Smith is eager for customers to try—while keeping popular favorites such as the fajitas.

Sombra keeps Smith busy, but that's what's kept him in the restaurant industry over the years.