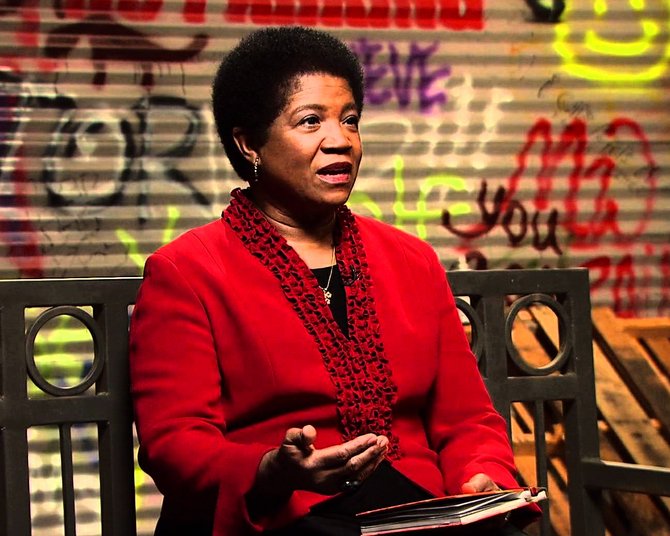 Dr. Freda Bush, an OB-GYN in Flowood who is strongly against abortion rights, believes admitting privileges are medically necessary. Without those privileges, patients may have to be seen by a doctor who unfamiliar with their medical history, she said.

The fate of abortion clinics in four southern states falls in the hands of federal appeals courts that are currently hearing cases and deciding on the constitutionality of laws that increase requirements for abortion providers. In Mississippi, the law threatens to close the last standing clinic, effectively banning abortion in the state, making it unique among the laws now under consideration in two federal appellate courts.

The tactic of requiring admitting privileges, pushed by anti-abortion activists with the intent to abolish abortion, has moved throughout the southeast region of the country, from Texas to Mississippi, Alabama and, most recently, Louisiana. In each case, the state Legislature has passed laws requiring abortion providers to gain admitting privileges to nearby hospitals—privileges that, in many cases, can be difficult to acquire.

The U.S. 5th Circuit Court of Appeals already upheld a Texas admitting-privileges law that closed virtually half the abortion clinics in that state. The same court will decide the fate of a similar law in Mississippi that would shut off access to abortion in the state, even though it's been protected as a constitutional right since the 1973 Roe v. Wade decision.

Matt Steffey, Mississippi College law professor, said arguments regarding abortion can be especially hard to make in the 5th Circuit in New Orleans.

"The 5th Circuit is perhaps the most conservative circuit in the country. It's disinclined to read the U.S. Supreme Court's decisions on abortion rights expansively. Those combinations of factors tell me that the people challenging the law, while I think their challenges may have a lot of merit, may ultimately face an uphill battle," Steffey said.

In 2012, the clinic was rejected at seven local hospitals. University of Mississippi Medical Center in Jackson said they only accepted patients from physicians who are employed faculty at the teaching hospital. Officials at Baptist Medical Center, also in Jackson, refused to even send JWHO an application for admitting privileges. Five other hospitals owned by Naples, Fla.-based Health Management Associates Inc. cited potential for "internal and external disruption of the hospital's function and business within this community" as reason for rejecting JWHO's applications.

Diane Derzis, JWHO's owner, believes another reason is because her clinic does not perform enough abortions—2,104 in 2013—to make granting privileges worth it for the hospitals.

To obtain those privileges, JWHO would have to perform more abortions and have more complications, Derzis said. This is because and admitting privilege constitutes a financial relationship between a clinic and a hospital—the clinic must provide patients to the hospital.

Diane Derzis, JWHO operator, said the clinic's inability to meet hospital standards for admitting privileges, which is a higher requirement than most physicians must meet, was not cited as the reason the hospitals denied the clinic privileges.

"Each of the responses of those hospitals had nothing to do with my doctors. Each one said they were not in the abortion business," Derzis said.

JWHO has a backup doctor with admitting privileges, as well as a transfer agreement with a local hospital, both which ensure the safety of the clinic's patients. "We have jumped through every hoop the legislature has passed, even when it was ridiculous," Derzis said.

The requirement is more of an attack on the lone clinic after a string of attempts to close it with other regulations including classification of the clinic as a surgery center. "It's just a constant battle with them, and anything we meet, they think up something else," Derzis said.

Freda Bush, a Flowood OB-GYN who hopes to see abortion ended in the U.S., believes the purpose of admitting privileges requirements is for women's health and safety.

"It is expected that if you do enough surgeries that complications will occur," Bush said. Without hospital admitting privileges, Bush said, the patient is left to go to an emergency room or hospital to be cared by someone who may not know what her medical situation is and what injuries occurred.

"The doctor is putting that patient at risk by not being able to follow through with her care," Bush said.

Admitting privileges allow the surgeon to remain responsible for the patients care from beginning to end, improving communication between physicians and ensuring the patient gets the care she needs.

"The way the system is now, they (surgeons) don't take responsibility beyond the procedure they do in the office. That's irresponsible, and it is not appropriate for the woman who has entrusted them with her care," Bush said.

Bush said that hospitals adhere to national standards when granting admitting privileges, but she does not know why JWHO has been unable to receive them. This is likely because the clinic is not being denied privileges because of unmet standards, but because hospitals do not consider abortion aligned with their political ideology.

Gov. Phil Bryant has made it clear that his goal is to shut down the abortion clinic, which, according to Steffey, could make the "so-called health measures" unconstitutional. Steffey said the 5th Circuit could rule in favor of JWHO if the judges thought shutting down the last clinic "goes too far."

"Whether that will persuade the court or not, we'll have to wait and see," Steffey said. "If these matters were cut and dry, we wouldn't constantly be bouncing in and out of federal court."

Jonathan Will, a Mississippi College associate professor of law who specializes in health-care law, said the law could be struck down for two reasons: because the law places an "undue burden" on women, or because the law's purpose is to create obstacles for women trying to receive an abortion. In the Texas case, the law was found to have the legitimate purpose of ensuring women's health, and was not ruled as creating an undue burden because other clinics in the state would remain open.

These two tests of constitutionality were established in Planned Parenthood v. Casey, a case that addressed abortion restriction laws. Besides the possibility that closing the last Mississippi abortion clinic could be ruled as an undue burden for women, Will said the court could strike down the law under the "rational basis review," which determines if the law has a legitimate purpose, because public figures including the governor have admitted that the goal of the law is to close the clinic.

Will addresses a domino effect that could occur if surrounding southern states pass and the court upholds similar laws that would eventually create undue burden, but Steffey does not believe a domino effect will have that outcome. Instead, he said, the ramifications of these restrictive laws affect the same group of people no matter what state in which they occur: the poor.

For members of Mississippi's Legislature, as Steffey points out, the cost of an abortion would be a plane ticket to another state or country, for that matter—a cost the well-to-do can afford. "What we're really talking about here is restricting access for abortion for poor people," Steffey said.

The fact that legislators and other wealthy anti-abortion activists have the means to travel out of state is only the first hypocrisy in attempted abortion bans, he added.

"The second hypocrisy is that the very people who would ban abortion are also especially unlikely to provide help to the poor women—health care, food, and the like—who will now, as a matter of fact, be required to carry the baby to term," Steffey said.

If the appeals court upholds the law, Derzis plans to take the case to the U.S. Supreme Court.