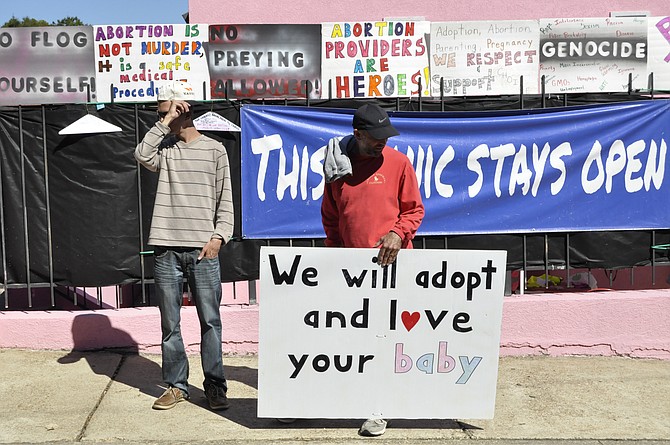 Jackson Women's Health Organization sued the state to try to block the law as it was taking effect. A federal district judge in Jackson blocked the state from enforcing the law while the clinic tried, unsuccessfully, to get admitting doctors' privileges. Photo by Trip Burns.

JACKSON, Miss. (AP) — A federal appeals court said Thursday that it won't reconsider its earlier ruling that a 2012 Mississippi abortion law is unconstitutional.

The law required abortion doctors to obtain admitting privileges at nearby hospitals.

The clinic, Jackson Women's Health Organization, sued the state to try to block the law as it was taking effect. A federal district judge in Jackson blocked the state from enforcing the law while the clinic tried, unsuccessfully, to get admitting doctors' privileges.

On a 2-1 decision, a panel of the 5th U.S. Circuit Court of Appeals ruled July 29 that the law could block access in Mississippi to a constitutionally protected medical procedure by closing the clinic. Attorneys for the state had argued that if the only abortion clinic closed, women who live in Mississippi could travel to other states to obtain abortions.

Days after the ruling, the state's attorneys asked the full appeals court to reconsider. The 5th Circuit denied that request Thursday, without explanation.

It was not immediately clear whether the state would appeal to the Supreme Court.

Nancy Northup, president and CEO of the Center for Reproductive Rights, said in a statement Thursday that the new ruling means "the sole clinic providing safe, legal abortion care can keep its doors open for the women of Mississippi."

"Earlier decisions in this case have rightly recognized the very real and severe harm that would befall countless women in Mississippi if the state's only abortion clinic were shuttered," Northup said. "We are confident the federal district court will once again see through the sham justifications for this underhanded clinic shutdown law and ultimately strike it down permanently as a gross violation of women's constitutional rights."

Republican Gov. Phil Bryant, who signed the law, said it was designed to protect women's health by ensuring that a woman who has complications from an abortion could receive hospital treatment from the same doctor who performed the procedure. Bryant has also said repeatedly that he wants to end abortion in Mississippi.

For years, Jackson Women's Health Organization has had an agreement with a local physician who will meet a patient at a Jackson hospital in case of complications, clinic owner Diane Derzis has said. Derzis said such complications are rare.

Opponents of the law say the admitting privileges requirement is unnecessary, since patients in distress are automatically treated in emergency rooms, and that it gives religious-affiliated hospitals veto power over who can work in an abortion clinic and, by extension, whether a clinic can stay in business.

About 10 other states have similar admitting privileges laws that have forced a growing number of clinics to close.

Diane Derzis, the owner of JWHO, is pleasantly surprised that the 5th Circuit declined to hear the appeal, considering how conservative the court is.

“This is just fabulous,” she said.

Derzis said she’s not sure if the state will appeal the decision to the U.S. Supreme Court, but she doesn’t “think the state is willing to give up on taking away a woman’s right to choose. They’re going to do whatever they can do.”

“I don’t think we’ve heard the end of it,” Derzis said.

For now, the ruling allows women to avoid the suspense that their reproductive rights might be diminished through a legal loophole designed to close the last clinic in the state.