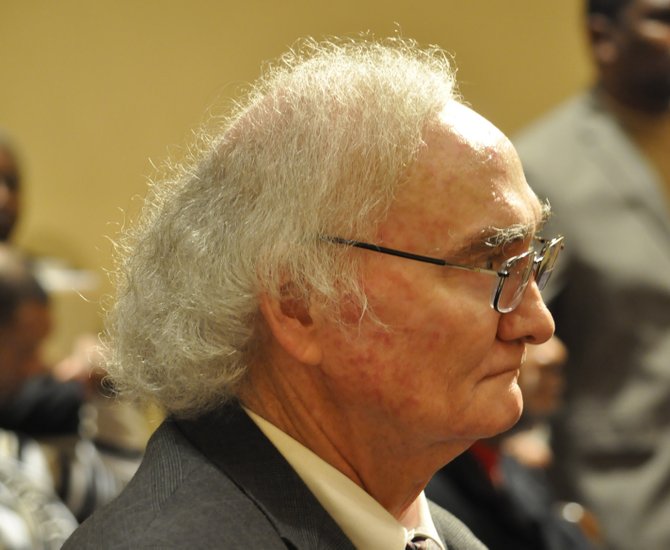 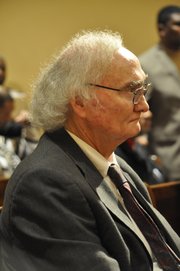 An April 2012 article in Time Magazine suggests that the average American will change jobs nine times between the ages of 18 and 32. The No. 1 reason for people leaving jobs? They aren't advancing fast enough, and sometimes the best way to move up is to move out.

Hill retired last week after working 41 years with the city and an emotional goodbye following an honor from the Jackson City Council.

Hill worked in seven different positions—all for the city—and he worked his way up through the ranks to deputy director of the administration department for eight different mayors. The most recent one had some kind words for Hill as he was honored on his last day at work on Dec. 30.

"For those who haven't had a chance find out, not only is he a good artisan, a technician of his trad, but he's also a wonderful human being, he's very compassionate understanding. He has patience, especially when you don't understand something. He'll sit down with you and explain it over and over again." Lumumba said.

After the ceremony, Hill answered a few questions.

When you look back over the past 41 years, what sticks out?

I think the biggest thing that sticks out is how much things have changed. When I came here, Jackson was a certain city, and now it's different. The biggest thing I see is how it's changed and evolved over the years.

What are some of those changes you've noticed?

Back when I first came on, Jackson had 215,000 people living here. We had development going on, a solid tax base, and the place to live was Jackson. The surrounding communities weren't developed. Over the years we've lost some of our population. We're at 175,000 now. The challenge now is to try to bring the city back to what it used to be population-wise. It's a big challenge. Because you don't have the amount of people you had, you have to make the budget work with less money. You have to adjust it to accommodate that loss of tax base.

What about the city government?

It's changed, too. When I came on, it was a three-member board and a mayor, where the members were elected at large. We went to a council-mayor system, and the mayor acted like an executive branch and the council the legislative branch. That was a dramatic change to go from the original system to how it functions now.

How many of these city council meetings have you attended?

Well, at least one a week over 41 years, so you'll have to do the math (laughs). I've spent a lot of time in that room.

How many budgets have you had an impact on?

I didn't do any work on the first three budgets, but I've had a part in crafting every one since. I guess that's 38 consecutive budgets counting this last one.

So what's next for Rick Hill?

I'm fixing to relax and attend some sporting events and not do anything for a while. I'll eventually go into some kind of private work.

Nobody gets to decide their own legacy, but if you could, what would yours be?

I want people to remember that when it comes to Rick Hill, the citizens were at the top of the priority list, and when he made a decision, it was always in their best interest.

We need more Rick Hill's in City Government. Is there some Institute either within the city government or at a city university that teaches the necessary skill sets for those entering careers in city public service?