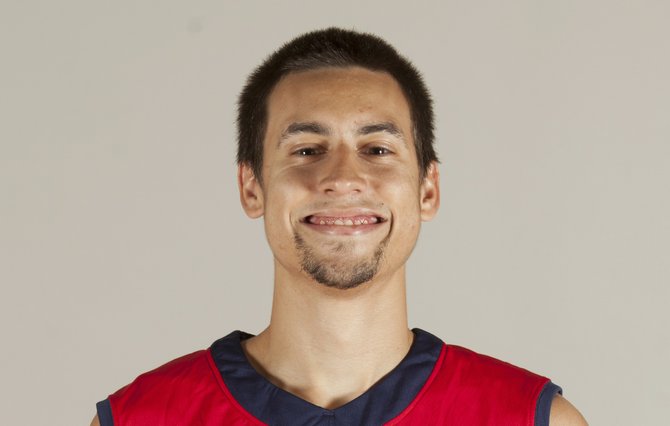 The Gillom Trophy, named in honor of Peggie Gillom, goes annually to the most outstanding female college basketball player in Mississippi. The Howell Trophy, named for Bailey Howell, goes to the most exceptional men's player.

A statewide media panel that covers college basketball in Mississippi selected the finalists.

The Ole Miss offense is benefiting from Jarvis Summers' improvement from the previous season. The junior guard from Jackson raised his scoring average from 9.1 points a game to 17.1 points per game this season. He also raised his field goal percentage from 40.4 to 49.7 and his three-point percentage from 34.0 to 47.1. He ranks fourth in the SEC in assists with 3.8 per game.

It is hard to stand out on a team that does everything well—from defending to rebounding—but Southern Miss player Neil Watson's leadership on the court is invaluable. He leads the team with 11.5 points per game. He also leads C-USA and is fourth in the nation in free throw percentage with 93.4 percent. The guard also leads the team in assists and is seventh in the conference at 4.1 per game. Watson is only the second player in USM history to amass 1,000 points, 400 assists, 250 rebounds and 100 steals.

Martha Alwal is the career leader in blocks at Mississippi State with 232. She also ranks among the top in scoring percentage, scoring, and rebounding in the SEC. Alwal averages 15.9 points and 8.9 rebounds per game. She hopes to win the Gillom award for the second year in a row.

Tia Faleru averages 17 points and 9.9 rebounds for Ole Miss. She is the only player in the SEC to rank in the top three in scoring and rebounding. Faleru is third in scoring and first in rebounding in the conference. She also has 15 double-doubles, the most in the SEC and 18th in the country.

Jamierra Faulkner averages 8.4 assists per game—the highest average in the nation. She also ranks fifth nationally with 3.1 steals per game. Faulkner is an all-time leader in steals and assists for the Lady Golden Eagles and is third in program history in scoring. She also leads USM in scoring at 17.2 points per game this season.

For the first time, fans can help decide who wins the Howell and Gillom Trophies. Until Sunday, March 2, at 5 p.m., anyone can vote by visiting csopavoting.com.

The final media vote will take place this week.