My mission in 2013 was to listen to as many new releases as possible and to document them. I listened to 60 albums and ranked them; here are my top 10. Mind you, this list is not meant to be definitive. I am sure I'll see some disagreement and head scratching, but some of you might find a new favorite. And that's what it's all about anyway. 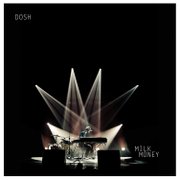 "Milk Money" by Dosh. Dosh, a Minneapolis native, is a multi-instrumentalist who makes experimental, beat-driven, electronic music with an organic flair, mostly from the marimba and Rhodes piano he normally plays at live shows. In this age of laptop producers and beat-makers, who can easily and quickly recreate anything an entire band can do, what Dosh does with live looping can seem out of date. Perhaps with that in the back of his mind, Dosh closes the album with "Legos (For Terry)," a 25-minute demonstration of his capabilities, answering any questions about his work's relevance. 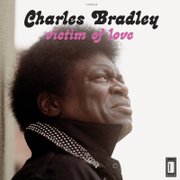 "Victim of Love" by Charles Bradley. How can you not love Charles Bradley with his incredible back story? His parents abandoned him, and then he lived in poverty with his grandmother as well as on the streets for a stint. He made a bit of money as a James Brown impersonator, his only foray in the music world until his 2011 debut release, "No Time for Dreaming," when he was 62 years old. (Check out the documentary, "Charles Bradley: Soul of America." It is beautiful, heartbreaking and inspiring.) "Victim of Love" just keeps going with what worked on Bradley's debut and shows his progression. 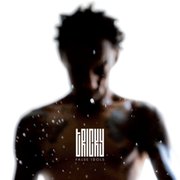 "False Idols" by Tricky. Adrian Nicholas Matthews Thaws, aka Tricky, is an English producer, musician, actor, rapper and artist. Tricky's debut, "Maxinquaye," was one of the more ubiquitous albums played in smoky college dorms in the mid-'90s. He made a few genre shifts throughout the past decade, and "False Idols" was supposed to be a return to form. The time between it and the '90s albums it resembles, we miss some depth that comes from hearing records build on work over the course of years. When taken alone, this is a great album from one of my all-time favorites, and it will get plenty of spins moving forward. 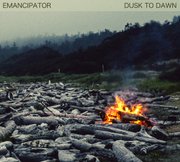 "Dusk To Dawn" by Emancipator. What electronic producer Douglass Appling, aka Emancipator, does has a certain psychedelic weirdness to it, but in the electronic pantheon, he is a little more straightforward, as down-tempo tends to be. His style is melodic and emotional. Hip-hop beats drive it all, and a nice touch of live instrumentation (flutes, piano, saxophone, xylophones, etc.) helps keep it grounded in reality. The lushness of the production, the perfectly mixed drums and the brilliantly placed electronic flourishes make the album pretty much perfect  to my ears. 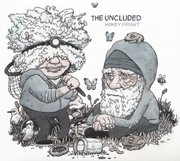 "Hokey Fright" by The Uncluded. The Uncluded is rapper Aesop Rock and Kimya Dawson, who is the quirky folk singer from the  indie band, The Moldy Peaches, which gained prominence with the "Juno" soundtrack. Aesop is known mostly for his cerebral raps—heavy on the words, and dense with wordplay and vocabulary. It just works so well—the combination of Aesop's gruff voice with her almost childlike singing, which can also be kind of rough. The collaboration's theme involves emotions dealing with death, especially that of friends, which both artists went through in the past few years. A childlike wonder plays throughout the album in the lyrics, which Dawson's singing style drives home. The result is a record that is devastating at times, uplifting at others and sprinkled with a little humor.

"Tape Two" by Young Fathers. Young Fathers hails from Edinburg, Scotland, but the members have roots in Nigeria, Liberia and Maryland, and they wear all of the influences from these places on their respective sleeves. As such, they make music that defies most attempts at categorization. I explain it like this: "Afro-beat-inspired gutter-punk hip-hop from the streets of Scotland." "Tape Two" takes a lot of risks, which make the guys so endearing. They are brutally honest and adventurous with what they do. I can't imagine them getting big, but if they did, I believe the world would be a better place. 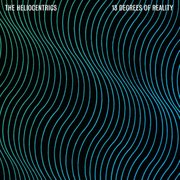 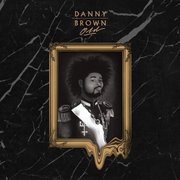 "Old" by Danny Brown. Danny Brown's previous, "XXX," was built on desperation, and you can hear that hunger to succeed—or to just stay alive—in almost every song, whether it was about dodging crackheads in Detroit or crushing up and snorting pills. "Old" finds Brown seemingly past the desperation and trying to live his life after it. Its title refers to his age and time in the game, but it also is a nod to the fans who hope to hear their hero keep making music like his old stuff. Brown weaves themes and styles into a tapestry of harrowing hood tales, wordplay, dark humor, x-rated profanity, and a meta-boastfulness that accepts the reality of the present as a mix of the past and the uncertainty of the future. 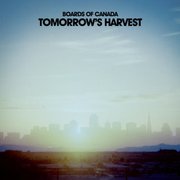 "Tomorrow's Harvest" by Boards of Canada. Boards of Canada, an electronic duo of Scottish brothers, creates soundscapes rich with layers of texture and ambience. "Tomorrow's Harvest" almost totally eschews the melody they played with earlier in their career in favor of these textures, and that is what makes the album so interesting to listen to. Without a melody to hold on to, the listener is guided into focusing on the groove and, more importantly, the progression it takes towards its conclusion—or destruction. 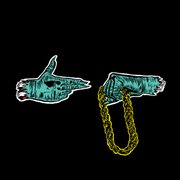 "Run the Jewels" by Run the Jewels. Run the Jewels is Atlanta rapper Killer Mike and rapper/producer El-P. Some of today's music, which critics laud as ahead of its time or groundbreaking, actually contains ideas that El-P has been employing for years. Killer Mike has a harder sound, with one foot in the streets and the other in politics and social themes. Something about the duo just works; El-P's once futuristic and now temporally in-place beats make the perfect backdrop to Mike's aggressive rapping style. This year's "Run the Jewels" finds this new partnership coming full circle. The chemistry is tight. The topics are what we expect from each guy—gritty tales and dirty politics from Mike, and paranoid, scatterbrained observations from El-P. It is exactly what hip-hop should sound like.

13. "Twelve Reasons to Die" by Ghostface Killah and Adrian Younge

15. "Better Off DEAD" by Flatbush Zombies

16. "No Poison No Paradise" by Black Milk

18. "Yessir Whatever" by Quasimoto

See the full list of the 60 albums Garrad Lee ranked at jfp.ms/garrads60.