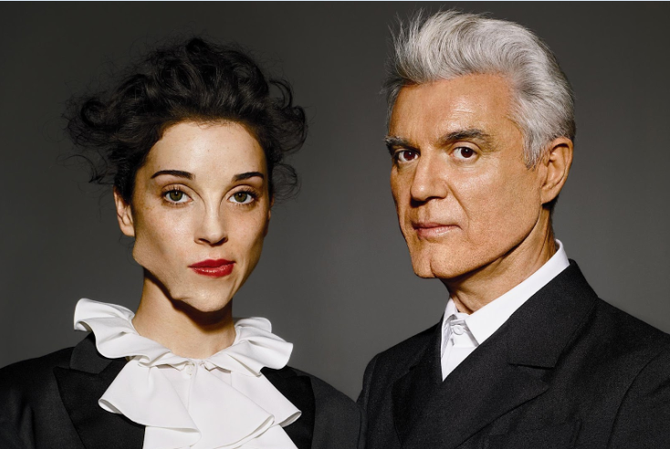 "Love This Giant” is my favorite new release of 2012. Photo by Courtesy Todo Mundo

2012 has been a fantastic year for new music. If you have been keeping up with the column this year, you know by now that there have been a multitude of great releases from local artists spanning multiple genres. I recommend going to Morningbell Records & Studios (622 Duling Ave., Suite. 205A, 769-233-7468) and picking some of them up for gifts this holiday season.

This week, I am going to step away from the local scene for a minute and give you my list of what I consider the best releases of the year on the national level. This list is not meant to be definitive, because there is honestly a whole bunch of music I haven’t heard this year. It was difficult enough in this prolific year to even keep up with the records I was anticipating.

Hopefully, you might see something in here you haven’t heard before and if so, go check it out. If you totally disagree with this list, which I am sure many will, remember what Wayne Campbell of “Wayne’s World” said: “I mean, Led Zeppelin didn’t write tunes everybody liked. They left that to the Bee Gees.”

Number 10. Ben Folds 5: “The Sound of the Life of the Mind” Pretty good return from the piano-pop-rock trio after a 13-year hiatus.

Number 9. Aesop Rock: “Skelethon” Dense indie hip-hop from one of the underground’s most respected MCs. This is certainly not for everyone, and it might take a while to set in, but it is totally worth it when it does.

Number 8. Dinosaur Jr.: “I Bet on Sky” J. Mascis and company aren’t breaking any new ground here, but with an annoying number of younger bands trying their hardest to sound like they are from the ’90s, it is refreshing to hear it done properly by people who were actually there.

Number 7. Kendrick Lamar: “Good Kid, M.A.A.D. City” To be fair, this is undoubtedly the best album that came out this year. But it isn’t my favorite. After several mixtapes and EPs, concept album “Good Kid” is the Compton MC’s official debut. It tells the story of a young man trying to cope with life and balance family, God and everything else while trapped in less than stellar circumstances. The qualifier “classic” is being thrown around with this record, and while I might agree with that after some time, right now it drops a few places because the overall entertainment value is missing at some points.

Number 6. Nas: “Life is Good” Queensbridge’s favorite son drops grown-up hip-hop in 2012. In my opinion, this is his best work in a decade.

Number 4. El-P: “Cancer 4 Cure” For the entirety of his career, Brooklyn rapper/producer EL-P, who found a new home on Oxford’s Fat Possum Records this year, has made music that sounded futuristic. His beats and rhymes as part of underground legend Company Flow in the ’90s gave the b-boys and b-girls a glimpse of the future. “Cancer 4 Cure” sounds like the destiny El-P has promised us, music for a world where Beats by Dre headphones have replaced boomboxes, and smartphone drawing apps have replaced spray cans. If only I had a hoverboard.

Number 3. Killer Mike: “R.A.P. Music” Speaking of El-P, he also produced my favorite hip-hop album of the year, Atlanta-based Killer Mike’s “R.A.P. Music.” This was my most anticipated release of the year, as I was salivating over hearing Mike’s politically trapped-out rhymes over El-P’s schizophrenic production. I must have blasted this album in my truck a thousand times this summer.

Number 2. Flying Lotus: “Until the Quiet Comes” Flying Lotus, aka Steve Ellison, according to many including myself, is the heir apparent to the legacy of the late Detroit beatmaker J Dilla. Ellison combines the soulful, sample based style of Dilla with a heavy dose of psychedelia to create trippy soundscapes that are greater than the sum of their parts. Two standout tracks feature Erykah Badu and Thom Yorke on vocals.

Number 1. David Byrne & St. Vincent: “Love This Giant” I can’t say enough good things about this record from former Talking Heads front man David Byrne, who pairs up with vocalist and multi-instrumentalist St. Vincent for his most recent solo foray. Many of Byrne’s former post-Heads efforts got bogged down in ambience and concept, but “Giant” doesn’t suffer at all. The funky horn arrangements and heavy, sampled breakbeats give the record backbone, while the singers let their voices do the rest, never forcing it. Just enough like Talking Heads but not derivative, “Giant,” to me, is absolutely perfect.