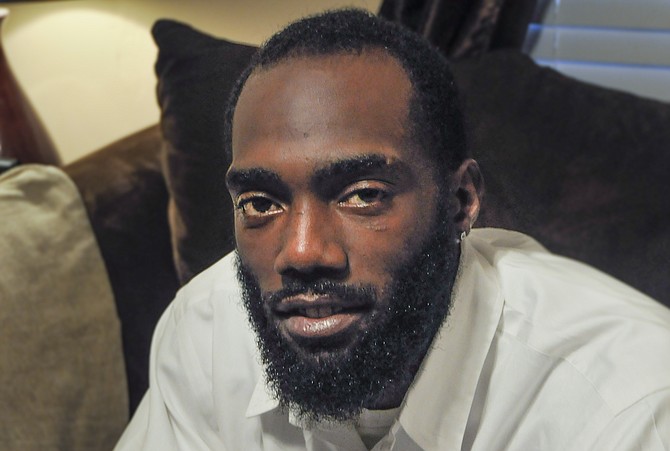 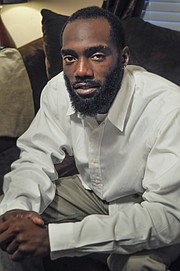 Stepping in to Jason's Deli to speak to former Jackson Showboats player Chris Hyche and current player Cordaryl Campbell, you notice a difference between the two. Hyche's personality stands out, while Campbell scans the restaurant, taking in everything.

When talking to the players, it's obvious that their differences don't stop at their personalities. Hyche is a former Dandy Dozen player out of Provine High School. Campbell played basketball at West Bolivar High School in Rosedale, Miss. Hyche was heavily recruited and decided to attend Jackson State University. Campbell, who was unrecruited, went to Coahoma Community College and worked his way to Tougaloo College.

Neither player have had an easy road to professional basketball, but Campbell wasn't even on any one's radar coming out of high school. The 25-year-old has had to work hard with each step he has made from high school to college to the Jackson Showboats.

The Tougaloo star is finally getting a chance to play his natural position of guard after spending most his time in college playing forward. "It has helped me develop my game," Campbell says. "I can take a bigger player on the post, and I have the athletic ability to drive past guards."

Campbell was the first person in his family to go to college, but he almost didn't get the chance. "I got in some trouble as a teenager," he says. "I was hanging out with the wrong people and not focusing on school or basketball."

It took former Coahoma coach Ira Peterson to get Campbell on track. At Tougaloo, Campbell was mentored by legendary coach Lafayette Stribling. "I grew up watching coach Stribling at Mississippi Valley State," Campbell says. "He taught me so much about life situations and (that) there is more to life than just basketball."

Besides Stribling, Campbell says his mother is the other person he credits with helping him reach success.

Campbell hopes to follow in the footsteps of Hyche. He knows only hard work will get him there, and if the Showboats are successful, there is good chance he will be successful as well.

Also a husband and father, Campbell believes he is better prepared for making it in professional basketball by the road he has traveled. "I have learned to work harder." he says. "I go the extra mile and have learned that life isn't always about the material things."

The Jackson Showboats play their games at Kurt's Gym (125 Gymnasium Drive). All Saturday home games start at 6:45 p.m., and all Sunday games start at 3:45 p.m. Admission is $6 for adults and $2 for children. Find the team on Facebook for more information.