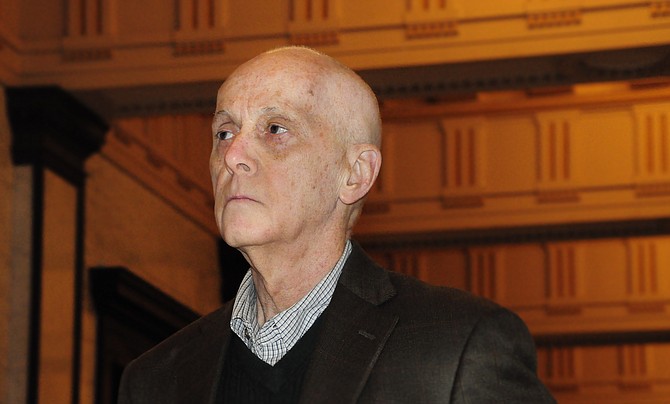 State Rep. Cecil Brown, a Jackson Democrat, has said that he would challenge Republican Lynn Posey to represent the Central District on the Mississippi Public Service Commission, which regulates utility companies in the state. Photo by Trip Burns.

Despite the election being almost one year away, candidates are already announcing runs for local and state races in next year's statewide election, when voters will choose leadership for state and county government.

Already, State Rep. Cecil Brown, a Jackson Democrat, has said that he would challenge Republican Lynn Posey to represent the Central District on the Mississippi Public Service Commission, which regulates utility companies in the state.

Because of changes made during the last round of redistricting, Brown would have to face off against Republican Rep. Bill Denny, who chairs the House committee that oversees reapportionment.

On Dec. 26, Sanford Johnson—who is deputy advocacy director for Jackson-based Mississippi First—announced that he would run as a Democrat in District 26 to succeed state Rep. Chuck Espy, D-Clarksdale, who is not seeking reelection. Johnson lives in Clarksdale, but is often in Jackson working at the Capitol on education-policy issues. A Starkville native, Johnson launched a website to raise $20,000 for his war chest, which has already raised nearly $9,000.

Peggy Hobson-Calhoun, the current District 3 supervisor and president of the board, has not announced whether she is running for reelection.

Finally, only two candidates appear to be visibly campaigning for the Jackson Ward 3 special election—Kenneth Stokes, who formerly held the seat, and Albert Wilson, who ran in 2013 and in the special election for mayor earlier this year. If Stokes recaptures the Ward 3 seat, he will have to resign from the county board.