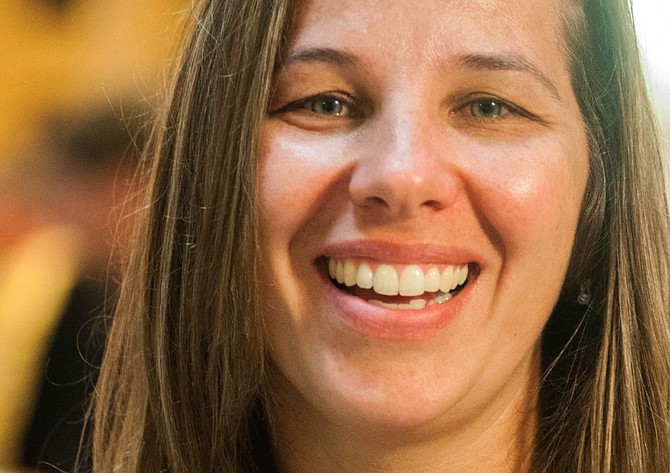 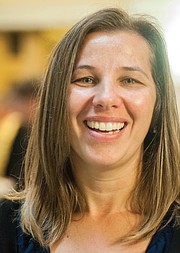 Peggy Young, a one-time delivery truck driver for UPS, asked in 2006 only that, since she was pregnant, she be excused from lifting anything over 20 pounds, per her doctor's orders. But Young's job description required her to sometimes lug up to 70 pounds, and UPS argued that assigning her to "light" duty would amount to special i.e., unfairly favorable treatment.

Today the U.S. Supreme Court will hold oral arguments in yet another blockbuster case at the intersection of sex discrimination, workplace law and reproductive justice. The central issue in Peggy Young v. United Parcel Service is simple enough: to what extent does the federal Pregnancy Discrimination Act of 1978 require employers to accommodate the health needs of pregnant women? But the potential repercussions of the gender rights case could be both complex and wide-ranging.

Young, a one-time delivery truck driver for UPS, asked in 2006 only that, since she was pregnant, she be excused from lifting anything over 20 pounds, per her doctor's orders. But Young's job description required her to sometimes lug up to 70 pounds, and UPS argued that assigning her to "light" duty would amount to special i.e., unfairly favorable treatment. The company said its policy was only to accommodate people temporarily injured on the job and in a few other gender-neutral circumstances mandated by its union contract and the American with Disabilities Act. Young was forced to take seven months of unpaid leave, losing her medical benefits in the process.

The resulting discrimination suit is being watched especially closely because of last summer's momentous ruling in the Hobby Lobby contraception case, in which Justice Ruth Bader Ginsburg accused the court's conservative majority of having a "blind spot" on women's rights. (Among other things, the same five justices have thrown out a massive sex discrimination class action against Wal-Mart and rejected Lilly Ledbetter's equal pay lawsuit.)

Women's advocates are dismayed by the potential real-world impact that a ruling against Young might have for tens of millions of American women and their families, especially those on the economic margins. A recent study by the National Partnership for Women & Families found that many pregnant women are denied even the simplest accommodations, such as extra bathroom breaks; since the Pregnancy Discrimination Act became law, the percentage of expectant and new mothers who report being fired or laid off from their jobs has actually grown, notes a new report by the San Francisco2013based public interest law firm Equal Rights Advocates.

"Pregnancy discrimination doesn't just harm women while they're pregnant 2014 it has ripple effects throughout their careers," said Emily Martin, vice president and general counsel for the Washington D.C.2013based National Women's Law Center, which published its own report on the issue last year. "Losing a job when you're pregnant, having to find a new job when you've just had a baby ... can make the birth of a child be an entrance into poverty."

UPS, for its part, argues that its actions violated no laws, and that it afforded equal treatment to all its personnel, pregnant or not. Under the Pregnancy Disability Act, employers are required to treat expectant and new mothers the same as employees who are "similar in their ability or inability to work" 2014 not to treat them better, the company says. UPS insists it was bound by its Teamsters contract, which permitted alternative work assignments under certain circumstances 2014 for example, suspension or revocation of a driver's license 2014 but not in Young's case. Nor was Young's condition covered by the American with Disabilities Act, UPS adds.

Pregnancy-related discrimination isn't just a workplace issue. Claims have also surfaced in mortgage lending, housing and education. Discrimination colors the way the criminal justice and child welfare systems treat pregnant women who use drugs or do anything else that authorities deem potentially harmful to an unborn child, women's groups say. "The ideas that because of pregnancy, women can't do certain things, or shouldn't do certain things, or we can't accommodate them doing certain things 2014 they stem from the same place, the same stereotypes about gender roles," said Sara Ainsworth, legal director of the nonprofit National Advocates for Pregnant Women.

For more about the Young case and the issues it raises, here's a short reading list.

Arguments in the Young case also make for interesting reading. In this brief, UPS explains why it thinks its treatment of Peggy Young is justified 2014 even as it announces that it is changing its policy and will now allow light duty for pregnant workers. (The Washington Post has more on that reversal here.) Meanwhile, in this amicus brief, 23 pro-life organizations weigh in on the same side as liberal groups, arguing that strong pregnancy discrimination laws reduce pressure on economically vulnerable women to have abortions.;(See also "The Supreme Court Case Uniting Pro-Choicers and Pro-Lifers," at the Daily Beast.)

Representing businesses, the U.S. Chamber of Commerce argues that UPS's narrow reading of the Pregnancy Discrimination Act is correct and warns that a ruling for Young "would stretch core discrimination-law principles far beyond previously settled bounds."; Yet another amicus brief, by the ultra-conservative Eagle Forum, suggests that pregnant women should not be working at all: "[N]either this court nor this nation have ever recognized a 'fundamental right to bear children while also participating fully and equally in the workplace.' ... Life is a series of tradeoffs and 'you can have it all' does not mean 'having it all given to you.'"

On a more practical level, Babygate, recently launched by the New York2013based nonprofit A Better Balance, is an exhaustive 2014 and extremely useful 2014 source of information and advice about the rights of pregnant workers and their families under state and federal law.

Finally, UPS is hardly the only large company facing challenges over its policies towards pregnant women. These stories discuss similar cases at Wal-Mart and Pier 1 Imports.

Update, Dec. 4: For analysis of the Supreme Court oral arguments on Dec. 3, two reports stand out. "As compared to what?" by SCOTUSblog's Lyle Denniston is a relatively straightforward account of the proceedings; "Heavy Lifting: The Supreme Court is flummoxed by pregnancy discrimination and semicolons," by Slate's Dahlia Lithwick, is the color commentary 2014 astute and hilarious.

Help us investigate: Have you observed workplace discrimination against pregnant women or new mothers? Share your story.

ProPublica is a Pulitzer Prize-winning investigative newsroom. Sign up for their newsletter.