Brunching in the Capital 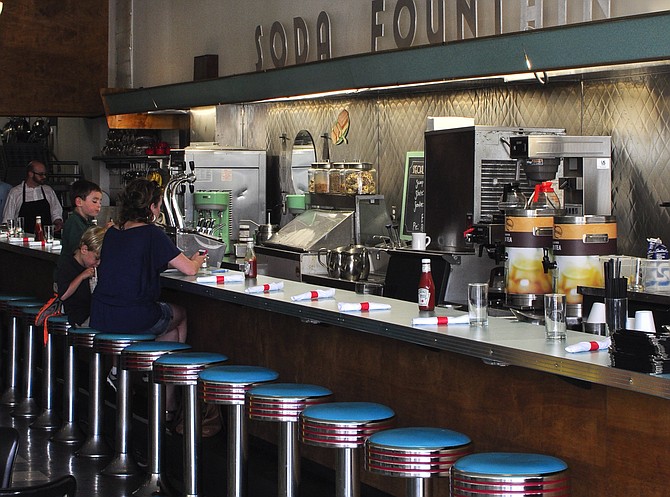 They say breakfast is the most important meal of the day. But what if it's the weekend, and you sleep in? What if you want permission to have an adult beverage before noon? In that case, you brunch.

For those who enjoy sleeping in (or getting up early and doing yard work) and then lingering over a leisurely mid-morning or early afternoon meal on the weekend, brunch is a highlight of the week to be savored. A number of local restaurants provide the materials to do just that.

After opening in mid-August, Saltine Oyster Bar in Fondren (622 Duling Ave., 601-982-2899, saltinerestaurant.com) began testing a small brunch menu in October, which the restaurant offered Saturdays from 11 a.m. to 3 p.m. in addition to the regular menu. Chef Jesse Houston's favorite dish is the southern-style chicken biscuit, served with pickles (also available Nashville hot style, which is a hot sauce). Other options include blue-corn pancakes with spiced maple syrup, homemade cast-iron cinnamon rolls and a breakfast baked-oyster dish.

Saltine's bloody Mary is made with Cathead vodka, homemade cocktail sauce and garnished with celery and boiled peanuts (with an option to add an oyster) and can be savored while watching one of four 48-inch flat-screen televisions purchased specifically for Saturday-football watching.

At Brent's Drugs (655 Duling Ave., 601-366-3427), recent kitchen renovations and expansion provided a chance to revisit its breakfast offerings and expand to a Sunday brunch from 10 a.m. to 2 p.m. Amanda Dove Wells, a partner at Brent's, says Sunday brunch gives folks a chance to "relax, take their time and enjoy the neighborhood, instead of running in and out in a rush on their lunch break."

While sampling the bloody Mary bar (a collaboration with the bartenders from Apothecary, in the back) full of house-made bloody Mary mix and pickled veggies, diners enjoy a menu of "kicked-up" breakfast items such as shrimp and grits, chicken and waffles (Wells' favorite), and a "Prescription Omelet" made with bacon, pimento cheese and green onions.

Over in Belhaven, The Manship Wood Fired Kitchen (1200 N. State St., Suite 100, 601-398-4562, themanshipjackson.com) serves a brunch menu on Saturdays from 11 a.m. until 3:00 p.m. Like Saltine, this small (two- to three-item) menu is in addition to the regular lunch menu also available. The specific items change week-to-week but always include a breakfast-style pizza, a classic breakfast with meat, eggs and polenta, and brunch specials.

Downtown establishments are getting in on the brunch game as well. Hal & Mal's (200 S. Commerce St., 601-948-0888, halandmals.com) serves up brunch on Saturdays from 10 a.m. until 2 p.m. with such hangover-friendly items as bacon and eggs, and a hash made with potatoes, red onion, bell peppers and pulled pork served with tortillas and topped with "Mal-style" onion rings, barbecue sauce and cream gravy. Cinnamon rolls are popular with those who have a sweet tooth, and a kids' menu offers up something for the little ones (or those with smaller appetites).

For those who prefer to brunch on Sunday, the new brunch from La Finestra (120 N. Congress St., 601-345-8735, eatlafinestra.com) runs 11 a.m. until 3 p.m. A recent visit found a bustling crowd at noon, filled with families and groups of friends. Each menu item, served small-plate style, costs less than $10, and while all can be ordered a la carte, an option to pick any three for $15 or taste all seven for $40 provides value. While enjoying unlimited Cathead Vodka bloody Marys or mimosas, patrons can linger over the restaurant's Italian take on classics such as a parmesan-oregano chicken biscuit, garlic-oregano waffle and duck with green-tomato jam.

During Sunday brunch from 11 a.m. to 2 p.m. at The Iron Horse Grill (320 W. Pearl St., 601-398-0151, theironhorsegrill.com), has a waffle and omelet bar. For omelets, patrons can choose from meats and toppings such as crabmeat, crawfish, onions and peppers, and for waffles, they can choose toppings such as candied pecans and blueberries. Both come with sauteed hashbrowns and Delta Grind grits for $12.95.

With local offerings like these, there's no reason not to take some time on the weekend to be a little lazy and brunch.

Anyone else do a great brunch? Write [email protected] for future coverage.