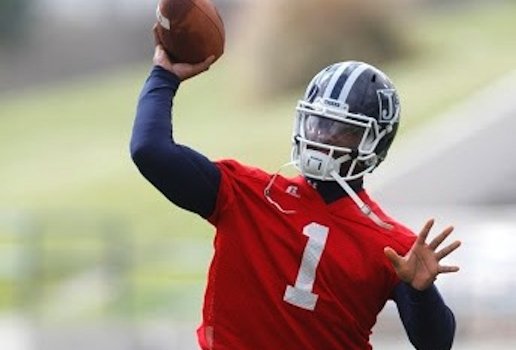 Harold Jackson's first season at Jackson State will be successful or unsuccessful based on a number of factors, the biggest being that the Tigers' season outcome will be on the shoulders of sophomore quarterback LaMontiez Ivy.

Ivy started last season's opener against Tulane after starting quarterback Clayton Moore's injury in preseason practice. Ivy, a former three-star recruit (by Rivals.com), only got about two-and-a-half quarters of playing time before he injured his ankle in the third quarter and was done for the season.

The former East St. Louis star had offers from Illinois, Kansas and Minnesota before deciding to commit to the Tigers in January 2012. He spent his first season as a redshirt and competed for the starting job in 2013.

Against Tulane, Ivy completed nine of 17 passes for 133 yards with two interceptions and no touchdowns and rushed 10 times for 22 yards including one six-yard loss on a sack. That was the most in-game action Ivy has seen while at JSU.

Since the Tulane game, Ivy has been rehabbing his ankle, trying to make it back onto the field. It has been a slow process, nearly taking a whole year for Ivy to recover.

Ivy is a dual-threat quarterback, who, if healthy, can make plays with both his arms and legs. Jackson made Ivy the starter once he got the head-coaching job at JSU even though the quarterback missed all of spring practice.

Backing up Ivy will be either senior quarterback Evan Ingram or freshman Brent Lyles out of Pike High School in Indianapolis, Ind. Ingram, who transferred from the University of Mississippi, played five games last season and completed 17 of 31 passes for 289 yards with three interceptions and one touchdown while rushing 18 times for 87 yards and two touchdowns.

Ivy, Jackson, new offensive coordinator Timmy Chang and the rest of the Tigers will finally get a chance to showcase their skills when the season opens Aug. 30 against Florida A&M. The Rattlers come to Jackson this Saturday in the season opener for both teams.

Florida A&M defeated Jackson State 28-14 in the last meeting between these teams in 2003, but the Tigers own the series advantage at 8-7-2. Last season, the Rattlers out of the MEAC finished with a 3-9 season.

Kickoff is set for 6 p.m. at Mississippi Veterans Memorial Stadium (2531 N. State St.), and the Tigers return to action next week at home against Virginia University of Lynchburg.