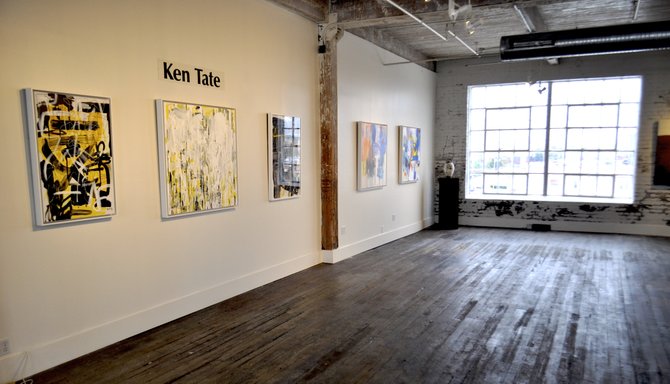 Fischer Galleries is one of many local businesses that will be open for Small Business Saturday Nov. 30. Photo by Trip Burns.

Instead of spending all your money at big label stores on Black Friday this year, shoppers can take the opportunity to make a big difference in their local communities by supporting Small Business Saturday Nov. 30.

"If you want to make a difference this holiday season, shop local and shop small," Mississippi state director of the National Federation of Independent Business Ron Aldridge said in a statement. "Small and independent business owners are among the most generous supporters of civic groups, local charities, youth sports, schools and virtually every other form of community activity. Shopping small and shopping local—on Small Business Saturday and every other day of the year—is a great way for people to help their friends and neighbors and create jobs and opportunities in the places where they live."

With five fewer shopping days available due to Thanksgiving falling so late on the calendar this year, many small-business owners plan to do more to get shoppers into stores during holidays, according to a recent nationwide survey by NFIB— the state's leading small-business association—and American Express.

According to the NFIB survey:

• 36% will offer coupons for future offers or discounts

• 33% rely on social media most to promote Small Business Saturday to their customers; 18% say they will rely primarily on paid advertising

• 32% are starting their holiday promotions earlier than last year

• 21% are planning to increase the number of employees working on Small Business Saturday.

Fischer Galleries recently reopened in its new location on the fourth floor of the Dickie's Building at 736 S. President St.

Fischer Galleries represents local and regional artists' original works, including painting, sculpture and photography. Established artists and emerging artists are both represented in the gallery. Owner Marcy Fischer Nessel originally opened Fischer Galleries in Fondren 5 years ago. The gallery moved to its new location over the course of November.

"We're thrilled to be a part of all the wonderful local businesses and establishments throughout Jackson," Fischer Nessel said.

The University of Mississippi Medical Center received clearance from the Board of Trustees of the state Institutions of Higher Learning to purchase the Landmark Center Thursday, Nov. 21, the Mississippi Business Journal reported.

The seven-floor, 366,500 square-foot building, located at 175 E. Capitol St., had sat empty for two years after the departure of the center's principal tenant, AT&T.

At one point the state had planned to relocate the Mississippi Department of Revenue into the Landmark Center, but MDOR ultimately moved into Clinton's South Pointe Business Park—the former headquarters for WorldCom—instead.

UMMC will purchase the building from New York investment group Capitol Street Associates for $6.25 million. Each of the 15 members of the group must agree to the deal before the purchase is finalized.

The IHL board approved a request from UMMC to lease up to 400 enclosed parking spaces from neighboring One Jackson Place, which will go into effect in December.

Blue Cross & Blue Shield of Mississippi released a statement Thursday, Nov. 21, stating that unlike BCBS of Alabama, the Mississippi branch will not cancel health plans not in compliance with the Affordable Care Act, also known as "Obamacare," due to certain provisions of the ACA that will go into effect Jan. 1.

"Instead, we have renewed coverage for our individual and group customers through 2014," BCBS Mississippi spokeswoman Meredith Virden said in the statement. "For those individuals and small groups that may qualify for a lower premium due to the new healthcare reform rating rules, Blue Cross & Blue Shield of Mississippi is giving these members the option to choose a 2014 PPACA benefit plan or they can keep their existing plan."

BCBS Alabama will not reinstate health plans not in compliance with the ACA, citing "significant legal and financial risks to our policyholders, the state and our company" due to the risk of future rising health care costs, it says.

Mississippi is leading the nation in construction employment growth — that's according to a report from the Associated General Contractors.

Runners-up in U.S. construction employment growth include Connecticut at 11.0 percent, Louisiana at 8.3 percent, Florida at 7.7 percent and North Dakota at 7.3 percent.