Jackson Honors Those Who Served 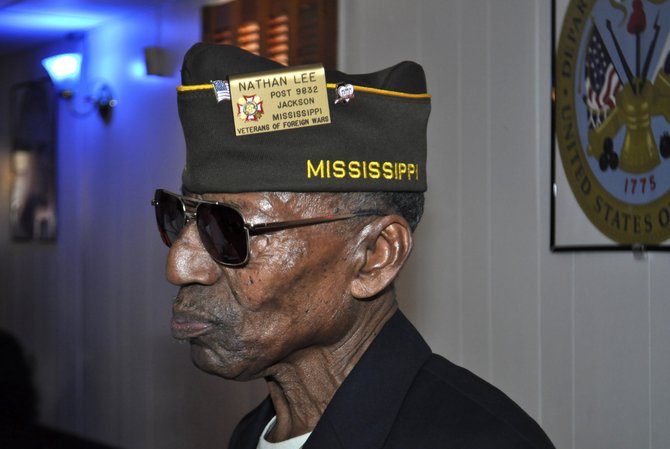 On a day made for honoring veterans of American wars, the members of VFW Post 9832 did just that—and in high fashion.

U.S. Army veteran Nathan Lee accepted a certificate of appreciation from the U.S. Department of Defense, signed by Defense Secretary Chuck Hagel. Lee, who has been a member of Post 9832 since it was located on Farish Street, was just a teenager when his unit shipped out for the Korean Peninsula in 1952.

"It doesn't feel like 60 years ago," Lee said. "I was joking with someone earlier that they are dating me, honoring me like this. I still keep in touch with the guys from this area. Its great that the Korean War is finally getting the recognition it deserves."

As a Marine, Stamps served in the capacity of presidential security detail, and was honorably discharged from the U.S. Army in 2012 after serving a tour in Iraq.

Stamps gave a brief history lesson on what veterans of foreign wars can accomplish, pointing to the 31 former presidents who served in the military before seeking political office.

"We need to remember that veterans and the families of soldiers and former soldiers are the back bone of this country," Stamps said. "So remember who you are when you leave here today and act like it."

Event organizers gave a special honor to soldiers who served during the Korean War, as 2013 marks the 60th anniversary of the end of the conflict that cost 33,686 American soldiers their lives.