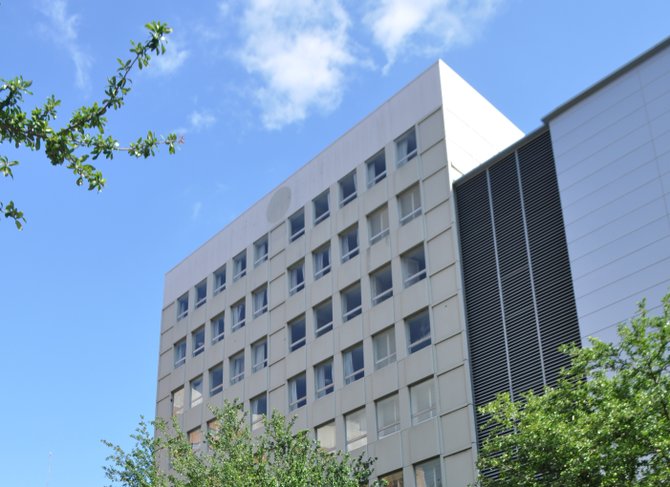 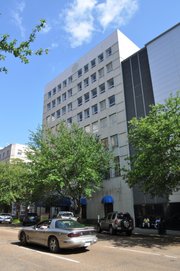 The historic Edison Walthall Hotel at 225 E. Capitol St. should have a new owner by this time next week.

With the lack of a convention-center hotel, the downtown area needs all the hotel space it can get. If all goes according to plan, downtown could soon get a new lodging venue in an old, familiar location.

The Edison Walthall Hotel will have a new owner soon, but who that owner is, when the owner will take control and what they plan to do with the building is still unknown.

An auction last week took bids to buy the historic Edison Walthall Hotel at 225 E. Capitol St., but according to the auctioneer, Taylor Auction and Realty Inc., bidders did not reach a preset minimum price. Most of the bidding was online via the Internet, but at the end of the May 22 auction, the Chicago bondholders who currently control the building were not satisfied.

Benny Taylor, who owns Taylor Auction, said he has found a potential buyer for the building, though, but was still in talks with that buyer at press time. He did not reveal the minimum bid the bondholders would accept.

"All I can tell you is we're still in negotiation," he said. "As soon as we get it in contract, I'll be able to tell you everything you want to know about the process."

The building saw a remodel in 1967, and then again in 1992, when owner Earl Gaylor of Edison Hotels re branded it the Edison Walthall. The Roberts Hotels Group bought the building in 2008, but the group's attempt to revive it was unsuccessful.

When the Roberts brothers failed to liquidate their debts on the property through bankruptcy, Hinds County Chancery Judge William Singletary ordered the property sold and appointed a receiver based in Atlanta to handle the sale.

Michael J. Roberts Sr. is still the property's registered owner, according to the Hinds County Tax Assessor. Taylor said he hopes to change that soon.

"There isn't anything wrong with it, really," Taylor said. "There might be some minor damage on the third floor from a water pipe that burst, but the damages caused by flooding in the building have been over-exaggerated."

Taylor declined to give an estimated value of the property or disclose the amount of that minimum bid, but tax records show the hotel has an appraised value of nearly $2.2 million.

Jackson State University held a grand opening for its Madison location at 2 p.m. on Tuesday, May 28.

The campus, located at 382 Galleria Parkway, is the university's first attempt to meet the educational needs of Jackson's surrounding areas. JSU is offering day and night classes, as well as weekend and online courses at the 8,600-square-foot office building it is leasing for  $1.5 million over ten years.

In January, the city of Madison and Tulane University, which opened a Mississippi campus there in 2010, offered up some dubious resistance to the new JSU campus. In a letter to JSU, Madison Mayor Mary Hawkins-Butler and Tulane officials said that JSU disregarded "the process and the law" to open a campus in Madison. Because the Board of Trustees for Institutes of Higher Learning is required to consider ongoing programs of private colleges before authorizing off-campus programs, the city and Tulane argued that the new JSU campus fell under the description of "inefficient and needless duplication."

JSU President Carolyn Meyers told the Associated Press in late January that Hawkins-Butler had plenty of opportunity to express her concerns in meetings with her and other JSU officials.

"It was mentioned, but I told her--or I pointed out to her, and she agreed--that the educational needs of the state of Mississippi are so great that we both can thrive," Meyers said. "We thought we had dotted our 'I's and crossed the 'T's, and that's why we had been trying to meet with her for quite a while, and we had no concerns that she had any concerns."

But the IHL approved the lease agreement for the new campus, and that was all Jackson State needed to go ahead with Tuesday's opening.