Off to the College World Series 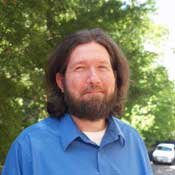 The field for the 2013 College World Series was announced Monday morning. Our state is well represented with three teams in the field. It was almost four teams, but Southern Miss' 10-inning loss to Rice in the C-USA title game ended that dream.

Jackson State, Mississippi State and Ole Miss will battle 61 other teams for one of the eight spots in the College World Series in Omaha, Neb.

The Starkville Regional is the only regional in the field in which three of the four teams have 40 or more wins.

MSU's team features the 2013 C-Spire Ferris Trophy winner Hunter Renfroe and the Bulldogs are hosting a regional for the first time since 2003. If history is any indication, odds are about 50 percent that the team will advance.

Overall, this marks the 12th time that Mississippi State has hosted a regional. The Bulldogs have advanced six of the last 12 times they hosted a regional (counting a Super Regional hosted against Clemson in 2007).

If the Bulldogs win their regional, they will face the winner of the Charlottesville, Va., Regional that features the Virginia Cavaliers (47-10), who are the sixth national seed. Other teams in the Charlottesville Regional are Army (29-21), Elon (32-28) and UNC-Willington (37-21).

Jackson State (34-20) is in the field as the 2013 SWAC Baseball Tournament Champions. The Tigers drew a tough regional, having to travel to fourth-national seed LSU (52-9) in the Baton Rouge Regional.

JSU is in the College World Series field for the first time since 2000, the last time they won the SWAC Baseball Tournament. That year, the Tigers also opened in the Baton Rouge Regional.

Other teams in the Baton Rouge Regional are Sam Houston State (37-20) and Louisiana-Lafayette (41-18). Jackson State has a 0-8 record all-time in NCAA Baseball Regionals.

Jackson State will face host LSU in their first game of the Baton Rouge Regional. If JSU advances they will face the winner of Blacksburg Regional featuring Virginia Tech (38-20), Connecticut (34-26), Coastal Carolina (37-21) and Oklahoma (40-19).

The SEC leads the field with nine bids and is followed by the ACC with eight bids. SEC teams in the field are Vanderbilt, LSU, Florida, Alabama, Texas A&M, Arkansas, South Carolina and, of course, MSU and Ole Miss.