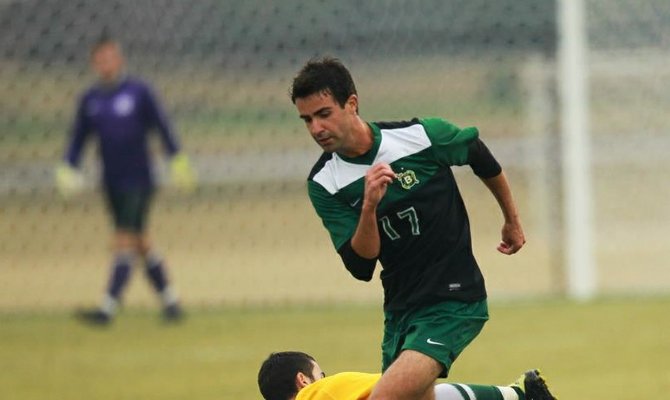 The roster for the Mississippi Brilla is starting to take shape as the team prepares for its May 23 season opener. The club announced in March that they are returning four veterans: Felipe Silva, Phillip Buffington, Anteneh Lemma and Jakes Files.

On Monday, April 29, the Brilla announced they had added three members of the national-championship winning Belhaven Blazers soccer team. The Blazers won the 2012 NAIA National Championship with a 2-0 victory over Mobile in late December of last year.

Eduardo Cruz, Victor France and Tom Gavin helped guide Belhaven to a 19-4-1 record (including five straight wins on their way to the title). Cruz, France and Gavin were all instrumental for Belhaven in the tournament.

France scored the game winner in the quarterfinals against Hannibal-Lagrange in the 87th minute, and Cruz scored with 35 seconds left to knock off top-seeded Lindsey Wilson College in the semifinals. Gavin and Cruz were named to the all-tournament team.

Cruz's goal was one for the ages. He struck a volley from 35 yards out from goal and hit the left post before finding the back of the net to send Belhaven to the championship game.

Gavin, a freshman from Hartlepool, started 22 games for the Blazers, and played in all 24 games for the team. He was a key member of the midfield and on defense for Belhaven, and he tallied one assist last season.

Cruz, a junior from Sao Paulo, Brazil, played in all 24 games for the Blazers; starting in 23. He added six goals and six assists last season, and took 26 shots, of which 14 were on goal.

France, a sophomore from Rio de Janeiro, Brazil, made just two starts for Belhaven but saw action in all 24 games. He also chipped in five goals and two assists. France was second on the team with 46 shots, of which 28 were on goal.

The Brilla can expect all three players to contribute to the team. The players also bring championship experience to the club looking to bounce back after a disappointing season last year in the Premier Development League.

Brilla kicks off its season May 23 on the road in Ft. Lauderdale. The team's home opener is Friday, May 31, at Clinton High School at 7 p.m. For a complete schedule or to purchase season tickets, visit brillasoccer.org.