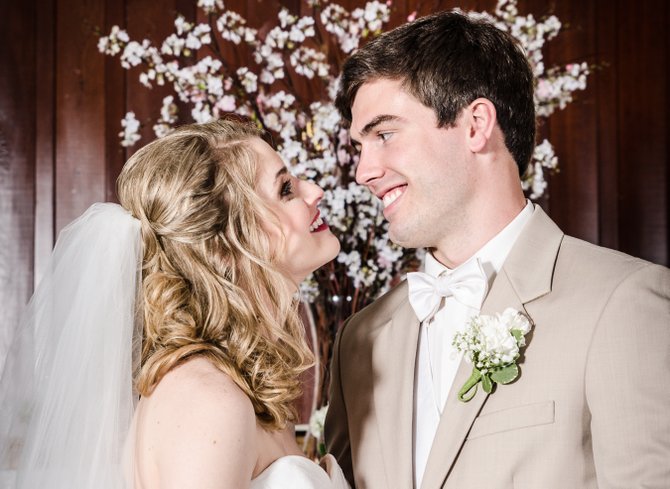 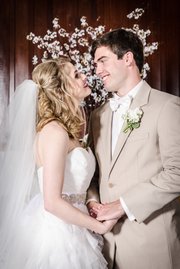 The wedding of Rachel Kathleen Hampton and Stewart Allen Guenther was a sweet reminder of the cycle of life for the adults that knew the bride as a child.

The bride was so beautiful! All brides are beautiful, of course, but this one especially so. Her red lipstick set off her white complexion and her full-length veil could not hide her sparkling, laughing eyes. I remember that as a child, she always had on an infectious grin, with a wide mouth and great pearly white teeth.

I hadn't seen Rachel for many years, perhaps since she was middle way through high school, but I had known her forever. She was always beautiful, inside and out--full of good humor and happiness. She took her soccer seriously and was famous for her loud grunt every time she touched the ball.

How much had she changed? Had the world gotten to her at end of high school or during her four years at Mississippi State or in the working world after? She was a millennial, after all, otherwise known as "Generation Me;" a supposedly narcissistic cohort of children who are only interested in making money and themselves.

Weddings are wonderful places to renew your spirit: the color and pageantry, and more than that, the unbridled faith in the future. This one was no different.

Almost tripping on her wedding gown as she reached the dais, she let out a loud, incongruous noise, half laugh and half guffaw, that let me know this Rachel was the same one that I knew and remembered: a vivacious, outgoing, and independent spirited girl.

The seven bridesmaids wore strapless floor-length gowns cinched at the waist, teal in color, and each carried a large pink peony wrapped with a teal bow. The men wore tan suits with teal ties and boutonnieres to match the girl's dresses and flowers.

During the ceremony, one of the bridesmaids (Shelby Nichols Mayfield, who I remember as a tough-as-nails high school soccer player) staggered a little and started to faint. The best man and groom's father, Mark Guenther, covered the 20 feet across the dais is a split second and was at her side in time to catch her. We later found out she was almost 24 weeks pregnant, and her blood sugar had gotten a little low. A chair was procured and in a few minutes the ceremony was restarted. Throughout, we saw ample evidence of the bride's concern for others, as she repeatedly left the groom's side to check on her bridesmaid.

After the traditional saying of the vows the bride and groom each read something to the other. We had arrived almost late and were too far back in the church to hear what the groom, Stewart Guesnther, said to his bride (as an aside, how can a woman spend all day getting ready, only to arrive and then realize she can't walk in her high heels?), but whatever he was saying Rachel sure thought it was funny. I could see her teeth as she laughed. Her body shook with her delight and her voice echoed from the rafters. She had found her soul mate and, in that moment, he received my approval.

The reception, held at the Mississippi Agriculture & Forestry Museum, was expertly catered with enough food for a small army (the sweet potatoes were to die for).

I watched Rachel and her handsome husband work the crowd. Seeing the genuine enthusiasm with which she greeted each and every guest, I was saddened a little to realize that she has moved out of my circle of life. I hadn't seen her in six or seven years and, watching her, I realized what I had missed in not getting to see her grow into this fine young woman. Now she was making her new life in Memphis, away from Jackson.

I heard her give another half-laugh, half-snort and I realized what an amazing gift she had given me by letting me be part of her life, first as a delightful child and now, completing the circle as a marvelous women.

Bride's attire: Rachel found her Galina wedding gown at David's Bridal in Jackson. It featured a sweetheart strapless neck with an A-Line bottom that flowed down with soft ruffles to the floor in multiple layers of organza.