Hal White, a Friend to So Many, Passes Away At 64 | Jackson Free Press | Jackson, MS

Hal White, a Friend to So Many, Passes Away At 64 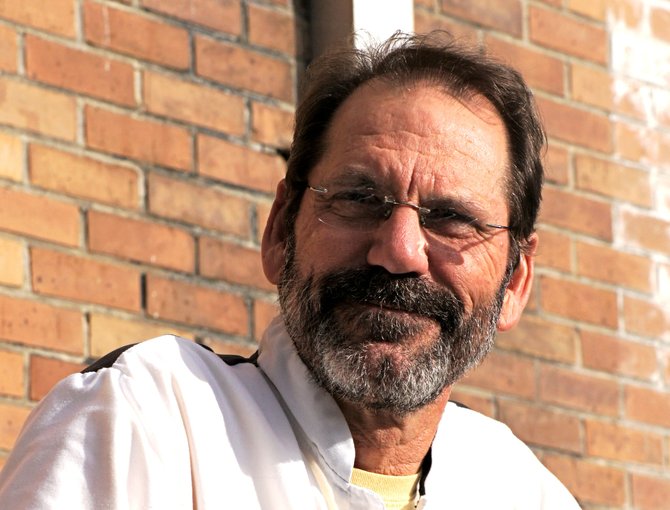 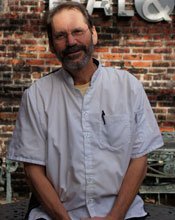 Hal White has died, leaving a rich legacy in Jackson.

I spent an hour or so talking Jackson with Hal White at the south corner of the bar at Hal and Mal's, his signature spot, two weeks ago. I had just moved back to town, and he was giving me my unofficial welcome back. It was an in-depth discussion of topics ranging from family to politics. He made me feel right at home, as he always did with that wonderful, bearded grin and his warm way.

On Thursday, White succumbed to complications from a brain aneuyrsm he suffered last weekend. He had undergone three surgeries since, and spent his final days surrounded by loving family and friends.

Hal became a staple of Mississippi's only metropolis on his own merit. Along with his brother, Malcolm, he opened Hal and Mal's in the former freight depot building on South Commerce Street 28 years ago. For all 28 of those years, Hal plugged away, turning the family-friendly restaurant and bar into a Jackson landmark. Malcolm was the front man; Hal was more of a background guy. Together, they created a venue that has featured everything from Leon Russell and B.B. King to Snoop Dogg, to oyster poboys and Hal's special soups and gumbos. Hal and Mal's has served as a gathering place for Jacksonians of at least three generations.

If Hal studied the culinary arts at Northeast Mississippi Community College, he got his master's degree and PhD in the restaurant business on South Commerce Street. It wasn't unusual for Hal to work 18-hour days in the kitchen and on the dining-room floor.

Here's what you need to know about his business acumen: Half of independent restaurants close their doors within the first three years of business. Hal and Mal's has survived in the downtown area through two recessions, increasing competition, and legalized gambling in Vicksburg and on the Gulf Coast that drew most of the big acts away from Jackson.

Malcolm would tell you that was mostly due to Hal.

But Hal was way more than the business. He loved golf and basketball, and was an avid Booneville High and Mississippi State fan. He loved red beans and rice and knew how to cook it. He could put on a gruff exterior, but he had a huge, warm heart.

He doted on Ann, his wife of 25 years, his three grown children, Erica, Brandi and Taylor, and his granddaughter, Rivers.

Visitation will take place Monday from 9 a.m. to 10:45 a.m. at St. Richards Catholic Church, with a Mass of Resurrection to follow at 11 a.m. The wake celebrating the life of Hal is set for Monday night at Hal and Mal's from 6 to 9:30 p.m.

My condolences to his family. What a wonderful man.

This is such sad news. My thoughts and prayers to his family.

The boss had a focus when he worked that was hard to interpret. When told that Tom at table B-4 said, “Tell Hal Tom says hey, “ the dismissive response was always more “Take a number” then “Piss off.” There were fifty mouths to feed first. Time willing there would be a table visit in Tom’s future. Maybe. For now there was a singular focus on the task at hand that many called gruff and grumpy. Myself, I was a fan. I also never saw him forget the table visit.

The internet now tells me it was twenty days into my legal adulthood, although the first beer we shared would have been more than twenty days prior. So after my shift I found a spot on the bar for quick bite. I would guess the menu was a bowl of chili and a budlight. The spice of the chili having already begun to rise as the temperatures outside fell. Not that there wasn’t a dozen other spicing options within arms reach. Who could have just one hot sauce for everything?!?

CNN is reporting that Payne Stewart and crew were in a flight that lost cabin pressure shortly after takeoff. It had been some time since there was any communication with the people on board the plane. The boss, having heard the news, hopped out the kitchen with an apron still tied around his waist, although it was no longer around his neck, to get confirmation. The boss was a huge fan of golf. As a matter of fact, the only time that apron came off before 2:00 pm was when there was a tee time to make. I watched as the reality hit him then slowly sunk down that tall frame. I could see the shock, unfairness, anger and all the other emotions that come with the finality of death, even though partially covered behind that salt and pepper beard.

I’m told there will be no table visit for me next time. A once timeless place forever changed. I hope your journey is as peaceful as I like to think it was for the people on that plane. I’ll always be thankful for the time when I called you boss.