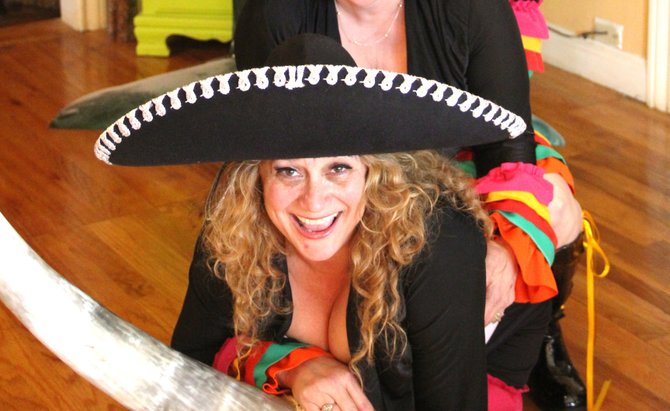 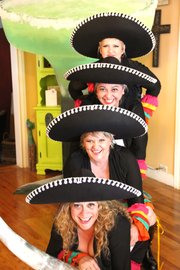 When I first moved to Jackson 13 years ago, I was intrigued by what I had heard about the Sweet Potato Queens: their wild assortment of colorful costumes, semi-debaucherous antics and their leader--the witty, fiesty, foul-mouthed "Boss Queen." We all know her as Jill Conner Browne, whose Sweet Potato Queendom (which started out with local friends and family marching in the Mal's St. Paddy's Parade back in the 1980s) has led to a worldwide phenomenon. Queens from all over the United States--and even globally--have started SPQ Wannabe chapters.

I first became a fan of the Sweet Potato Queens when my sweet "adopted mama," Mama Janie (she really needs to start a SPQ chapter in Bogue Chitto herself, because she'd fit right in with Jill and company), told me about Jill's hilarious first book, "The Sweet Potato Queens' Book of Love." I went right out and bought a copy.

I became an instant fan, raiding Lemuria Books for all of Jill's other books, because, well, they hit home for me. Growing up a country girl in south Mississippi by God-fearing educator parents in a small town, I could really relate to a lot of Browne's stories about growing up in a small southern town in Mississippi. And when I read her love advice, I had to stop on several occasions to catch my breath; I was laughing and screaming so hard.

A couple of years later, I was offered the opportunity (which I jumped at) to be the O-fficial SPQ Reporter for their solo Sweet Potato Queen weekend at the Hilton Jackson. I was honored to sing with Chris Derrick at the Come On In Party, which is held the Thursday before all the elaborate SPQ events kick off. It was so exciting to meet the hundreds of women who came from near and far to partake in such fun events.

Last year, I overheard a bride-to-be, whose nuptials were the weekend of the Zippity Doo Dah festivities, complain that she didn't want those "old ass Sweet Potato Queens" marching around all over what was to be "her" weekend. I think this woman, as well as many others, have the preconceived notion that the Sweet Potato Queens are nothing but aging women with nothing better to do than talk about hot flashes and who has racked up the most husbands. Not so.

Women of all ages come every year to have a ball; get crazy; not worry about kids, husbands, boyfriends (or all three); find a little joy after a death in the family; or work through the process of a messy divorce or any other life emergency. I love the sense of belonging and sisterhood that I get from all those "old ass queens," and I look forward to seeing all my friends again this year, as well as to getting acquainted with many new ones who are coming to Jackson for the first time.

For someone who was never in a sorority in college, this gives me the chance to feel a part of a special group of women who are not only split-your-sides hysterical, but also have dear hearts and souls.

Two years ago, I had the honor of meeting a group of queenly gals from the Lone Star State, the Cantina Queens from Odessa, Texas. We quickly became instant friends. Last year, they even let me sit with them, wear a crown and don a fashionable Cantina Queen robe for the Sunday brunch at the Hilton Jackson, where Boss Queen Browne sends all the worn-out, but happy queens home with a rousing devotion as well as words of wisdom.

These girls have quickly become some of my best friends I have ever had the honor of knowing, and I wait with baited breath on what fun and quirky ideas they bring with them to our capital city for the Zippity Doo Dah weekend.

So, y'all, get your hot glue gun, your Bedazzler, your crown (I've been eyeing a 20-pounder that just practically screams my name every time I see it at a local store), tons of rhinestones and feather boas ready for all things fit for a queen on March 21-24.

For more information on this most queenly of weekends, visit sweetpotatoqueens.com or zddparade.com.