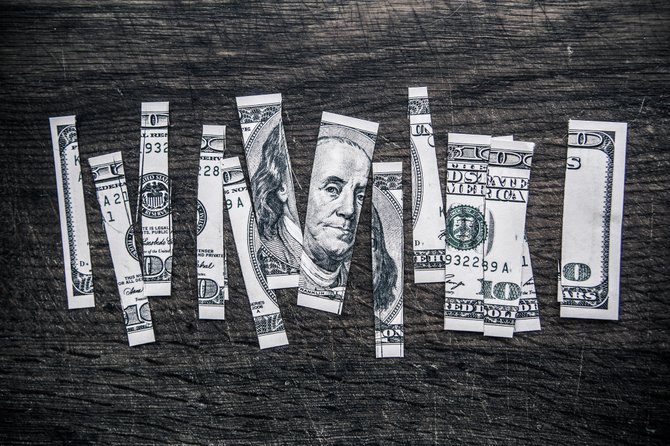 For the third consecutive year, a state bill that would have changed the makeup of the local-option sales tax oversight commission failed to pass in the Legislature. Photo by Courtesy Flickr/Tax Credits

Once again, the Mississippi Legislature has left Jackson Mayor Harvey Johnson Jr. with a local-option sales-tax law he refuses to implement.

For the third year in a row, the state Legislature failed to pass a bill that would change the makeup of the commission that would oversee how the city would spend funds from a 1-percent local-option sales tax. HB 546, which would have given the capital city's mayor the right to assign the majority of the commission, died in the Senate Finance Committee March 6.

"The mayor's position is that the citizens of Jackson elect the governing authorities--the mayor and the city council--to make decisions about how funding is spent on infrastructure. This commission takes that out of the equation," City Communications Director Chris Mims told the Jackson Free Press March 7.

HB 546 would have allowed the mayor and city council to appoint seven commissioners without the input of the local chamber of commerce, and would have made the speaker of the house's appointee a voting member.

The mayor would have to request approval from the city council to send the 1-percent sales tax to a vote. With council consent, city voters would have to approve the tax by a three-fifths majority for it to take effect.

HB 546 also would have removed provisions in the current law that cap the percentage of the money the city can spend on non-emergency infrastructure needs. Johnson wanted that amendment so the city could put the vast majority of the money toward the hundreds of millions of dollars in water, sewer and street repairs the city needs to make over the next several years.

"This tax, if approved by the citizens of Jackson, would be one dedicated source for us to continue to address those (infrastructure) issues," Mims said.

Johnson has refused to start the process of implementing the tax with the current commission makeup. The city will get one more chance next year to convince the Legislature to change the law, which is set to expire July 1, 2014, if the tax is not enacted.

Mims said the city, in the meantime, will look to every other available source of funds for infrastructure improvements, including state revolving loans and bond issues.

"Ultimately, if we can't get a local-option sales tax enacted, then (increased service) rates would be something we would have to consider," Mims said.

Among the infrastructure needs is approximately $400 million in sewer system improvements the U.S. Environmental Protection Agency has demanded the city make over the next two decades.