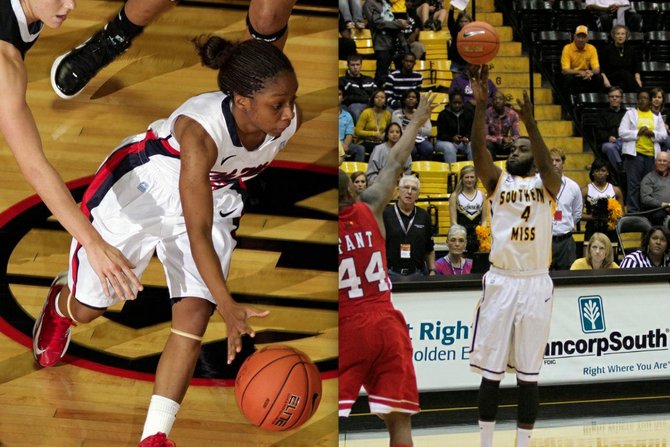 Henderson leads the SEC in scoring with an average of 19.8 points per game. He broke the Ole Miss single-season record with 114 three-point shots. The guard has scored in double digits in every game except for a 76-50 win over McNeese State in which he had just nine points in the blowout win.

Holloway is the all-time leading rebounder in school history. He is the 23rd player in SEC history to score at least 1,200 points and grab 1,000 rebounds during his career. Holloway leads the SEC in rebounding with 9.8 rebounds per game and is eighth is scoring with 14.8 points per game.

Davis leads Southern Miss in scoring with 14.5 points per game and is the third USM player to be named a finalist for the award. The senior guard has posted double-digit scores in 20 games this season.

McFarland is a finalist for the Gillom Trophy for the second time in her career at Ole Miss. The junior guard finished in the top five in the SEC in assists (155), steals (71) and minutes played (34.4 minutes per game). She is one of two Ole Miss players to start all 29 games and finished tied for top score on the team with 11.4 points per game.

Faulkner leads Southern Miss in scoring (18.7 ppg), assists (6.6 apg) and steals (3.4 spg). In Conference USA she ranks third in scoring and first in steals and assists. She is the only women in C-USA to record a triple double and the only C-USA player to rank in the NCAA Top 50 in four different categories, 34th in scoring, 10th in assists, 11th in steals per game and third in triple doubles.

Alwal leads the SEC in double-doubles with 16 and is the leading rebounder (9.9 rpg) in the league. She had 18 double-rebound games and is second in the SEC and 17th in the nation in blocked shots with 74. She is MSU's leading scorer with 12.3 points per game.

Van Chancelor, former Ole Miss women's basketball coach, Naismith Hall of Famer and four-time WNBA championship coach for the Houston Comets will be the keynote speaker for the event. Chancelor is also a member of the Mississippi Sports Hall of Fame.