Amy LaVere: Mixing It Up in Memphis 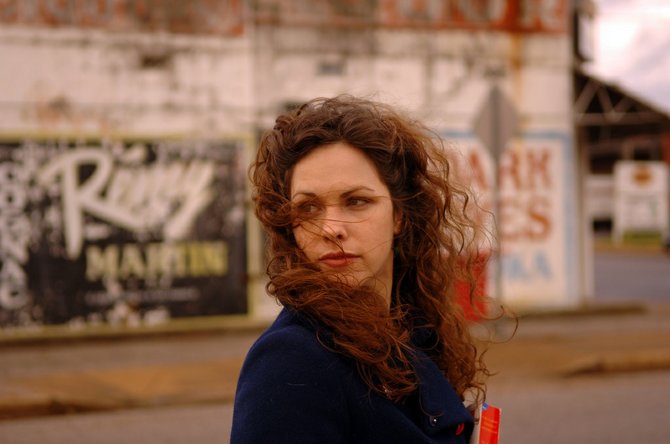 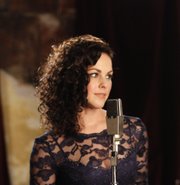 You can hear where Amy LaVere is coming from, but it never limits where she goes with her music. The Memphis-based singer and bassist has musical roots in country, but she also brings together strands of folk, jazz and rock into her well-crafted songs. LaVere propels her trio with energetic lines played on her upright bass. With only three instruments, the group creates full arrangements that put her voice at the center of the music.

Born in Shreveport, La., but with a childhood spent moving around following her father's work, LaVere found her first musical influence at home. Her mother was an amateur singer and songwriter who would often get out her guitar to perform for friends.

"I guess I just wanted to be her, and I think somewhere unconsciously I just assumed that that's what the woman did, was cook and write songs," LaVere says.

LaVere started out playing in punk bands as a teen living in Michigan, but picked up the upright bass as her instrument after moving to Nashville in her early 20s. While clowning around on a roommate's bass, she found that she had a natural ability on the instrument. With encouragement from her peers, she began playing in the country music clubs in Nashville's Lower Broadway area. When she moved to Memphis in the late '90s, she found the ideal environment to develop as a performer.

"It's one of those cities that really supports its characters," LaVere explains. "It's a pretty non-judgmental city. They support their musicians, (sometimes) monetarily. At least there's work here."

The musical community welcomed the bassist, and she quickly began building her musical skills through regular gigs around the city. Memphis has also has provided LaVere with a constant stream of new musical partnerships.

"The collaborations are endless," she says. "Every musician you know has three or four side projects. People here love to play and mix it up."

LaVere's current collaborations include The Wandering, a (nearly) all-female group of roots-based musicians from Memphis and north Mississippi, as well as Motel Mirrors, a recently formed trio with guitarist John Paul Keith and drummer Shawn Zorn. Keith, the leader of the roots-rock group John Paul Keith & The One Four Fives, initially approached LaVere to pitch her some songs he had written.

"After 45 minutes of coffee, we just decided we needed to play together some," she remembers. "We booked a rehearsal and a gig within the next couple of days."

The focus of Motel Mirrors is on the duet singing of LaVere and Keith, bringing together bits of classic country and early rock. The group plays regularly around Memphis and recorded an album this past spring. While it won't be released until the fall, LaVere compares some of the album's songs to Mickey and Sylvia, the '50s rock duo best known for their 1956 hit, "Love is Strange."

Despite her many collaborations, LaVere remains focused on her own music. After experimenting with a broader palette of sounds on her last album (2011's "Stranger Me"), she decided to move back to her roots for her next record, which she is currently finishing. Set for release in early 2014, the record is being produced by North Mississippi Allstars' guitarist Luther Dickinson and features another musician from the Magnolia State.

"This one is a little bit more homespun in feeling," she says. "I'm using Sharde Thomas, who plays drums with The Wandering, and she has such a Mississippi feel about her."