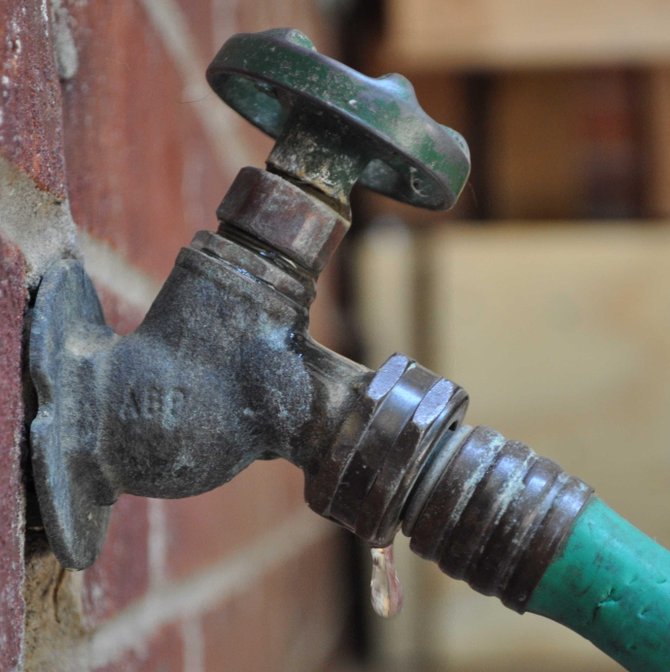 Moody’s downgraded Jackson’s water and sewer bonds in May. Photo by Courtesy Schyler

Credit rating service Moody's last month downgraded the rating on the city of Jackson's water and sewer system revenue bonds from Aa3 to A1 and set an outlook for the city waterworks' borrowing capacity of "negative."

The announcement came May 21, the day before the city was set to go to market with $90 million in bond issues surrounding a deal with infrastructure giant Siemens to upgrade the city's two water-treatment facilities. The full report, which is available for download for $150 on Moody's web site, Moodys.com, says the downgrade will affect $154 million in previously issued debt, as well.

At issue is $400 million in improvements Jackson has agreed to make to its water and sewage system over the next 17 years under a consent decree from the federal Environmental Protection Agency. That work got underway last month, when the Jackson City Council approved funds to draw up plans for a west-bank receptor to filter wastewater already flowing into the Pearl River.

While an A1 rating is nothing to thumb your nose at, and Moody's is the first speculator to downgrade that bond rating, the problem could get worse before it gets better if Jackson doesn't get its fiscal house in order.

Most troubling among the charges Moody's makes against Jackson in its report is the city's inability to grow revenues, an issue practically every candidate for every position talked about during the 2013 municipal elections.

As to the charge of the city not having a plan for fiscal solvency when it comes to the water system and the consent decree, current Jackson mayor Harvey Johnson Jr. seemed to say just the opposite in last week's state of the city address.

"We've laid the foundation of sustained, incremental improvements to both the water and sewer systems by having independent evaluations of both systems done by engineering experts," Johnson said. "We now have an updated long-range plan for each system, detailing what upgrades need to be done first. This roadmap will certainly assist future administrations who must continue working on this issue."

The Mississippi Department of Archives and History is set to break ground on two museums--the Mississippi Civil Rights Museum and the Museum of Mississippi History--and it could do so by late this fall.

Although a date hasn't been set, a MDAH newsletter released this week said significant artifact acquisitions and the final phase of exhibit design continues to move forward. The newsletter also said the groundbreaking ceremony will include a public symposium and an evening fundraising gala.

"This groundbreaking is not just the site preparation for construction of two new museums," said H.T. Holmes, MDAH museums division director. "It represents the groundbreaking decision by the Mississippi Legislature to construct side-by-side a comprehensive state history museum and the nation's first state-supported civil rights museum."

MDAH continues to raise money for the two-museum project, but Holmes said his department is "well on our way" to their goal of $5 million in pledges and gifts by the time they break ground on the project.

Area Development magazine has awarded the state of Mississippi its Silver Shovel Award for the third straight year.

Categorized by state's total populations, Mississippi was one of four states with populations under 3 million to receive the award, along with North Dakota, Utah and West Virginia.

"We are honored that Area Development has again chosen to recognize Mississippi with a 2013 Silver Shovel Award," Gov. Phil Bryant said in a release. "This award is a testament to our state's economic development successes and our goal of building a more vibrant and resilient Mississippi that not only recruits new business but helps existing businesses grow and prosper."

“…Moody's is the first speculator to downgrade that bond rating…” To be a speculator requires being an investor. Moody’s is not an investor. As a rating agency, it only offers its opinion and classifies bonds by probability of timely payment, included is an analysis of how it came to a specific rating.

“…not having a plan for fiscal solvency when it comes to the water system…” What they are probably saying is the financial forecasts provided by the City are not, in Moody’s opinion, credible. If Jonhson or the City offered a specific plan, Moody’s did not believe it.

It is typical for a new issue, in this case the $90 million, to be rated shortly before the sales date as part of the offering process. There is nothing unusual about that.

Remember these are these guys in an industry that

Bottom line, keep in mind the political and unethical recent history of this financial rating industry. Not illegal mind you; simply and more dastardly unethical practices (to paraphrase Allen Greenspan).

Also, the theft of funds from the US Treasury and form consumers goes on related to the subprime loan conspiracy

1) The Federal Reserve is giving additional US funds to the sub-prime loan thieves by buying the universally acknowledged "worthless" sub prime loan securities from Wall Street (representing the 1%).

2) The Federal Reserve is facilitating the efforts of the 1% "investors" to purchase foreclosed, formerly family owned and occupied residences at ridiculously low and tax payer subsidized interest rates. The 1% are converting these family owned properties to rental units. BTW, the average person trying to get a mortgage cannot get the same low rates, if they can get a loan at any rate at all.

3) Even though the Federal Reserve is giving money to Wall Street at less than 1% interest, small businesses and prospective home buyers cannot get loans. So where is all of this cheap money going? perhaps for investments overseas in the developing, higher growth markets?

4) Last but not least let's not forget the trillion + dollars granted the Wall Street Broker "bookies" (representing the 1%) during the tail end of the Bush administration.

Surely I rant into the empty wind of the sleeping American masses.

Where is the new Teddy Roosevelt when you need him now?

The rankings essentially mean an increase in the cost of borrowing, period. Since municipal bonds are free from Federal taxes, they are a good deal for investors even if lower rated, the rate of default is very low. A serious question is whether some of these pieces of infrastructure should be fixed, given changes in housing patterns. It is necessary to triage the large-scale repairs rather than patching things as they break.