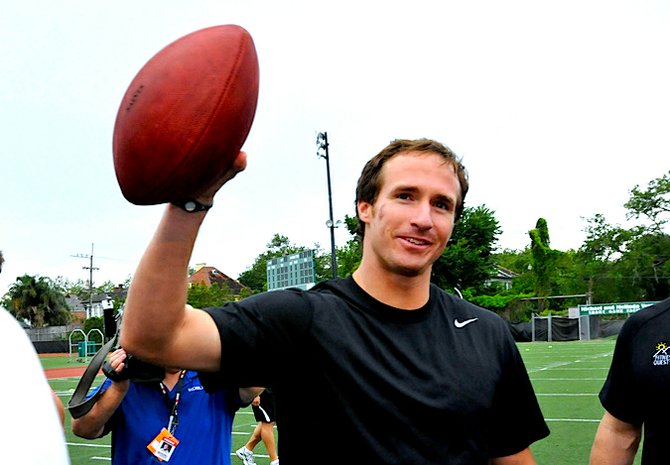 The road to Super Bowl XLVIII begins today for the New Orleans Saints, as the team begins to put the turmoil of last season behind it.

New Orleans enjoyed a quiet offseason in 2013 for the first time in years. From 2009's Vicodin scandal to the 2012 bounty scandal, the Saints' off seasons have been anything but routine.

Head coach Sean Payton returned to the sidelines today after his suspension last season for his role in the bounty scandal.

New Orleans finished the 2012-2013 season with a record-setting defense, but not in a good way. The Saints' defense gave up 7,042 yards, a record for most yards given up by a defense in NFL history for a single season.

Rob Ryan will have his work cut out for him with an aging defense and the little salary-cap space New Orleans has to sign new defensive players. Still, Ryan did a heck of a job keeping the Dallas Cowboys in the playoff hunt last season even with several star players injured—including star linebacker Sean Lee.

In New Orleans, Ryan might have a similar job to keep the Saints' playoff hopes alive after finishing last season with a 7-9 record. Cutting down on big plays will be Ryan's first job.

The New Orleans' offense will always be fine with quarterback Drew Brees at center, but behind the All-Pro quarterback is a question: Brees' former backup Chase Daniel signed with the Kansas City Chiefs this offseason, so the Saints must find a backup quarterback.

The Saints' championship window is starting to close. This training camp will be a chance to get back on track to potentially win a second Super Bowl.

Fans can watch the Saints training camp live in Metairie, La. The team allows fans to watch 16 workouts over a 22-day period.

Here is a link to the practice times and dates that are open to the public. There is no charge for attendance or parking but seating is on a first-come basis.