It All Comes Down to This | Jackson Free Press | Jackson, MS

It All Comes Down to This 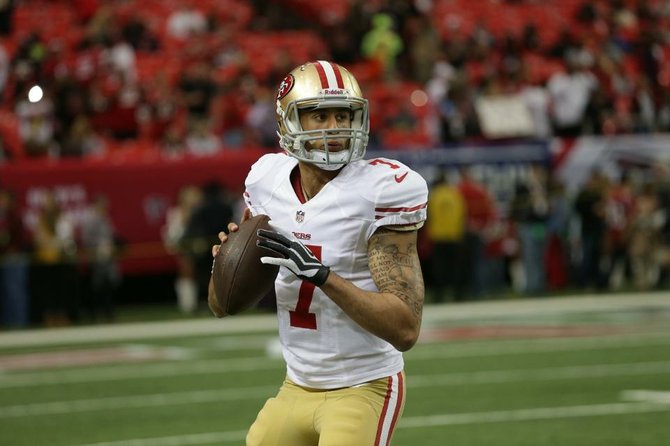 Super Bowl XLVII features an interesting matchup between the San Francisco 49ers and Baltimore Ravens. Both teams are strong defensively but very different on offense.

When the 49ers are on offense, expect to hear terms like "the read option," "the zone read" and "the pistol." If you aren't familiar with these terms, don't fear--they are just the types of offensive plays San Francisco runs.

This season, Robert Griffin III and Russell Wilson ran a good bit of the read option and zone read for the Washington Redskins and the Seattle Seahawks. If you are totally lost, try to remember the offense that Tim Tebow ran with the Denver Broncos last season.

The pistol is the offense that 49ers' quarterback Colin Kaepernick ran in college at Nevada. This offense looks a lot like the shotgun, but the running back lines up behind the quarterback instead of beside him. The 49ers do have several plays from the NFL standard playbook in their arsenal, such as the I-formation (a quarterback under center with a fullback lead blocking for the  running back).

Baltimore runs a more traditional NFL offense. The Ravens' offense looks more like what you are used to watching in the NFL. There is little chance you will see Baltimore quarterback Joe Flacco run the read option, zone read or the pistol. Flacco is a traditional in-the-pocket passer who is more than likely to move in the pocket to find a throwing lane to complete passes.

Baltimore and San Francisco are better teams if they can run the ball. Ray Rice for the Ravens and Frank Gore for the 49ers do the bulk of the work in the running game.

The 49ers were the fourth-best rushing team in the regular season and the Ravens were the 11th-best run team in 2012. The teams are the top-two rushing teams in the playoffs with San Francisco being No. 1.

One strange thing in the new pass-happy NFL is that neither the Ravens nor the 49ers were top passing teams this season. Baltimore was ranked 15th in regular season, and San Francisco was ranked 23rd.

Since the playoffs began, the Ravens have found their passing game with Flacco going deep to wide receiver Torrey Smith and wide receiver Anquan Boldin acting as Flacco's safety blanket when Baltimore needs a big completion.

San Francisco has playmakers in its offensive passing game, as well. The 49ers will counter with wide Michael Crabtree and tight end Vernon Davis as Kaepernick's main targets in the passing game.

Even the way these two offenses attack opposing defenses in the pass game is different. Baltimore uses a more traditional vertical passing attack, and San Francisco uses the horizontal passing attack associated with the read option, zone read and pistol offenses. Both teams use their running game to help set up their passing game.

If you get really lost, think of this matchup as old-school offense (Ravens) against new-school offense (49ers). But that doesn't mean one offense is better than the other. The defense that neutralizes the opposing offense the best will win the game.

One interesting note: Ole Miss and Mississippi State both have two players in this game. Both teams have a Rebel and a Bulldog on their roster, so both schools are guaranteed to have a Super Bowl winner.

San Francisco's linebacker Patrick Willis (Ole Miss) will be on the field against his former teammate, Baltimore's right tackle Michael Oher, but there is little chance that Willis will line up opposite Oher during the game. It would be fun to watch, though, if these two former teammates battled on a few plays with the Lombardi Trophy at stake.

If San Francisco running back Anthony Dixon (he contributes mostly to special teams) gets a Super Bowl carry against Baltimore, Dixon could end up trying to run against former Bulldog and teammate Pernell McPhee, a spot player on the Ravens defensive line.

The storylines of Super Bowl XLVII should play out on the field--that is, unless someone gets arrested (Eugene Robinson) or goes missing (Barret Robbins) before the  big game.

The Ravens had to go through Peyton Manning and Tom Brady just to make it to New Orleans, and Baltimore seems destined to win this game. Both defenses will keep this game close, but if I have to make a guess I'm going with my gut and with the Ravens.