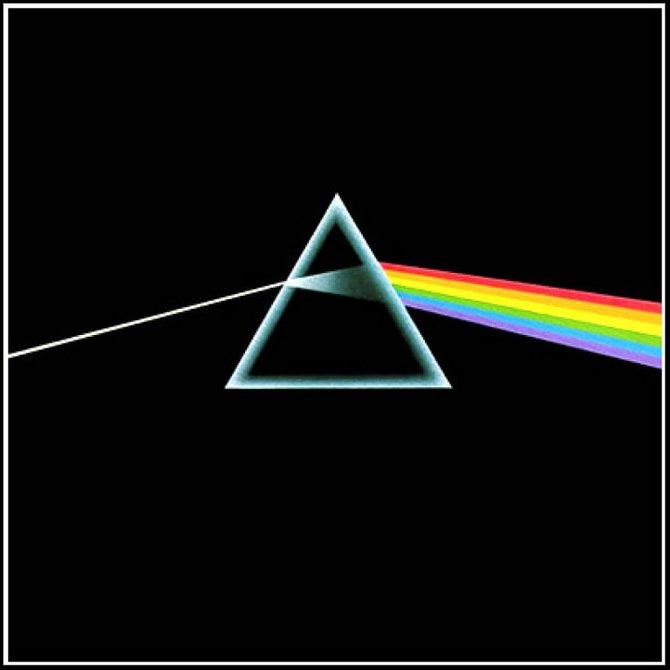 We all know I love music, all types and kinds. One of my favorite bands ever is Pink Floyd. I first discovered them at age 13 when my seventh-grade boyfriend made me a mixed tape with Pink Floyd's song "Mother" on the B-side. I absolutely loved the song, which then made me want to listen to even more Pink Floyd albums.

My sister's then-future husband (now-current husband) Jonathan, as well as high school and college hippie buddies, fueled the fire by introducing me to more Pink Floyd albums, including "The Dark Side of the Moon."

According to the Pink Floyd fan website, Brain Damage-Pink Floyd News Resource (brain-damage.co.uk), "The Dark Side of the Moon" has sold more than 34 million copies worldwide since its release in 1973. The album is featured in the Guinness Book of World Records for being on the music charts longer than any other album in history, having been on the charts for approximately 514 weeks.

I personally have purchased at least five copies of the album, wearing out each one (the last one got crushed by the tree that fell on my car, and has yet to be replaced.)

It is on my bucket list to see Pink Floyd in concert, but I've never had the chance to see them perform (or founding members David Gilmour or Roger Waters when they have done solo concerts) due to various prior commitments or financial woes. And while we have had great Pink Floyd tribute bands come through Jackson, such as Set the Controls, once again I've always had other obligations and commitments that have kept me from attending their shows.

Imagine my surprise when I received an email from Jason Rogoff, manager of Black Jacket Symphony, which informed me the band will play here in Jackson Friday, Feb. 8, at Thalia Mara Hall for the first time ever, and will perform note-for-note Pink Floyd's "Dark Side of the Moon" album.

Black Jacket Symphony travels throughout the United States, carefully selecting musicians from all over to perform various famous albums, not just covering them, but studying each album and its intricacies, then performing these great albums with interactive audience participation, light shows, playing the album straight through from the beginning with no talking in between songs or sets, and original video footage.

The band has everything that a rock-and-roll band would need, but also adds classical instruments such as cello and violin to many of the albums they recreate.

I'm looking forward to attending this concert, and Jackson, you'd be crazy to miss this. After looking at various YouTube videos of this band, I am blown away by their massive amount of talent--not to mention the patience you need to pull off a venture such as this. I have a pretty good feeling that their live show will be a million times better than any video out there.

Black Jacket Symphony plays at Thalia Mara Hall Friday, Feb. 8, at 8 p.m. Tickets are still available at ticketmaster.com and start at $30. For more information on the band, including tour dates, press and recent news, visit blackjacketsymphony.com.