An Apostle for Southern Soul 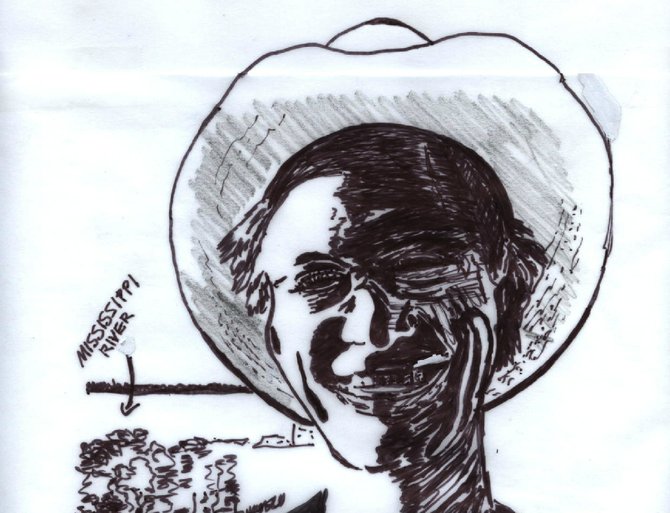 Daddy B. Nice wants to bring everyone home to southern soul. Nice, the pseudonym of Colorado-based writer Bruno Nicewanger, has been promoting the under-documented musical genre on his website, SouthernSoulRnB.com, since 2005.

One of Nice's primary goals is to introduce music fans to the genre and give them a sense of how it's distinctive from traditional blues. He describes the music as "today's extension of classic rhythm and blues as it was played and appreciated in the '60s and early '70s, and as it's still being played on (radio) stations of the Deep South."

"Southern Soul RnB" gives music fans a deep sense of the music through Nice's focus on musicians. In addition to well-known performers like Bobby Rush, Nice also writes about many journeymen artists from Mississippi, such as Jackson's J.T. Watkins and Sunny Rydell from Crystal Springs.

Nice started out as a writer and editor for underground newspapers during the 1960s throughout Iowa and has written for a variety of publications over the years. However, prior to launching his website, he had never written about music. Nice first became aware of southern soul in the late '90s. While driving through the south on his way to visit his daughter in Florida, he tuned in some stations playing the music. It made such an impression that he got out his portable recorder and taped some of the songs from his car radio.

"Those tapes that I made just to listen to for myself, they were so good," he says. "That's what I would listen to for the next six to eight months up north."

Through subsequent trips down south, Nice found Jackson's WMPR-FM, a station that has long featured southern soul artists. When he traveled through Mississippi, Nice got a hotel room in Jackson in order to stock up on music.

"I would sit in my room and record (WMPR) day and night," he says. "Even in the middle of the night, I would get up to record 'Uncle Bobo' (the late record producer Senator Jones), who was the craziest of all."

Nice became determined to spread the word about the genre. He invested heavily in computer equipment and spent a couple of years learning programming. When he launched the site in 2005, Nice saw SouthernSoulRnB.com as a way to bring together like musicians and promote them. "My big thing was recognizing that there was a thread through all this music," he says. "My first idea was to start a top 100 chart and bring all these artists together in one place."

SouthernSoulRnB.com has expanded greatly over the years. Nice still offers a number of different charts, including his monthly top 10 and annual "best of" lists. He also writes detailed reviews of new CDs and exhaustive artist guide pages. While the artist pages include biographical information, it's not Nice's primary interest. "For me, it's not so much about the performers as it is about the songs," Nice admits. "If they have a good song, I'm going to snap on it."

The website also has a distinctive artistic element. Rather than using promotional photos, Nice creates sketches of each of the featured artists, a style choice inspired by The New Yorker magazine.

Daddy B. Nice is now well-known among southern soul musicians and record labels. He receives lots of new music through the mail and electronically, but he continues to search for new artists the same way he did at first.

"I still do what I call 'fishing or trawling,'" he explains. "I love to go through the radio stations. I'm constantly listening--constantly recording--so I don't miss anything new."

While many southern soul performers continue to struggle in relative anonymity, Nice remains enthusiastic about the genre. He believes an "Elvis of southern soul" will eventually emerge and take the music into the mainstream.

"I started listening to music in the '50s," he says. "To me, southern soul is like the early days of rock 'n' roll.  It's that exciting."