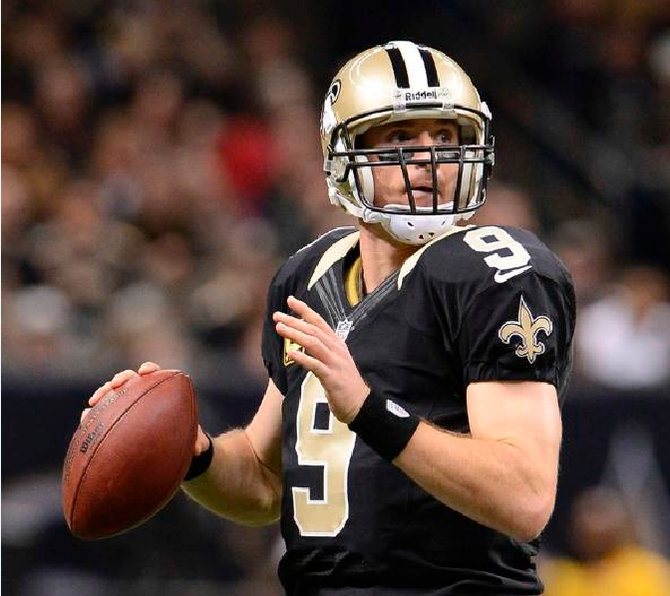 The 2012 season was not one New Orleans Saints fans will want to remember for years to come. This season started with a hope that the Saints would become the first team to play the Super Bowl in their own stadium, and ended with a 44-38 loss to the Carolina Panthers and a 7-9 record.

New Orleans faced the season without head coach Sean Payton, who was suspended by the league for his role in the Saints bounty scandal. That left the Saints needing an interim head coach.

New Orleans promptly lost their first four games of the season to start 0-4. The lowlights included a loss to rookie quarterback Robert Griffin III in his first pro start and a loss to Kansas City Chiefs, who have the first pick in April’s draft.

The Saints got their first win of the season against the San Diego Chargers and followed it up with a win over the Tampa Bay Buccaneers after a bye week. New Orleans then met the buzzsaw that was Peyton Manning and the Denver Broncos for a blowout loss, to fall to 2-5 on the season.

Just when it seemed all hope would be lost for the Saints, the team went on a three-game winning streak to get back to .500 on the season (5-5). The highlight of New Orleans’ streak was giving main rival the Atlanta Falcons their first loss of the season.

But New Orleans would dash fans’ building hopes by losing their next three games, to fall to a 5-8 record. The final defeat in the three-game losing streak was a 52-27 beatdown from the New York Giants.

Just when all seemed lost once more, the Saints won twice in a row to renew dim playoff hopes. New Orleans throttled Tampa Bay 41-0 and put a major damper in the Dallas Cowboys’ playoff plans with a 34-31 overtime win.

The New Orleans win against Dallas ended on a wild play when Saints’ receiver Marques Colston fumbled the ball after making a catch, only to see tight end Jimmy Graham recover the ball at the Cowboys two-yard line to set up the game-winning field goal.

New Orleans’ play was streaky all season long, and it showed in the quarterback Drew Brees. Three of the Saints losses (Washington, Carolina in first meeting and Atlanta in second meeting) ended with Brees throwing a late interception.

That was the good part of Brees’ season. The bad part was that he threw 19 interceptions—which is five more than he had the previous season.

Five of Brees’ 19 interceptions came against the Atlanta Falcons in their second meeting. In the same game, Brees broke his 54-game streak of throwing at least one touchdown pass.

The only games in which Brees didn’t throw an interception were against Green Bay, Philadelphia, Tampa Bay (second meeting) Oakland and Dallas. New Orleans won every game Brees didn’t throw a pick except for the Green Bay game, which the Saints lost on a 43-yard missed field goal by Garrett Hartley.

There isn’t much to highlight about the Saints’ defense. It set an NFL record for the most yards allowed in a single season.

The Saints’ defense gave up 7,042 yards to pass the previous mark of 6,793 set by the 1981 Baltimore Colts by 249 yards. Two years later (1983), the Colts packed up in the middle of the night and left Baltimore for Indianapolis.

New Orleans will have the 15th pick of the NFL Draft in April. The Saints will also have Sean Payton, who signed a five-year contract that will make him the highest paid coach in the NFL, earning more than $8 million a year.