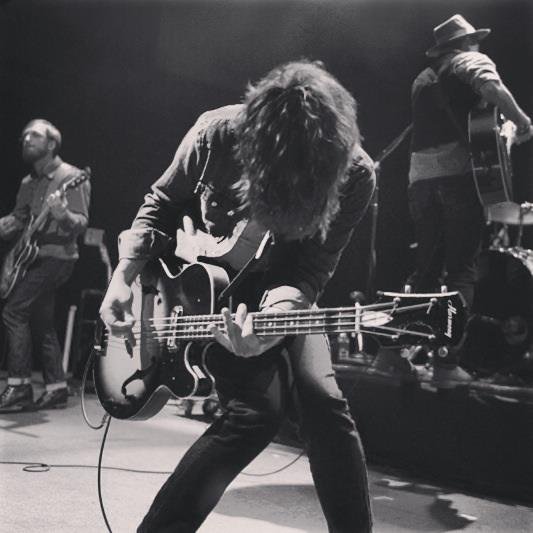 Ahhhh, the month of March. I love when March 1 comes around because it means five of my favorite things are just around the corner: spring break, a tax return (hopefully), crawfish season, parades galore in Jackson and plenty of springtime music festivals.

To kick off March madness here in Jackson, check out Dimebros at Martin's this Friday night. Dimebros is comprised of members from two of Jackson's favorite local bands, Nekisapaya and Furrows. If you are a fan of either band, you will thoroughly enjoy this show.

Saturday afternoon, stop by Pelican Cove to hear singer/songwriter Larry Brewer perform. Later that night, head over to the Ole Tavern on George Street to see my favorite new group from Nashville, The Wild Feathers. The band has played in Jackson before and is starting to get some well-deserved praise and accolades in today's music scene. The Wild Feathers will also be at the SXSW Festival in Austin, and I cannot wait to hear them perform there. Check them out at thewildfeathers.com.

If you feel like taking a road trip Saturday instead, visit Delta State University in Cleveland, Miss., for its Delta Music Institute's spring fundraiser for Friends of DMI. The award-winning show, "Thacker Mountain Radio," will do a Delta edition that features Ol' Skool Revue, singer/songwriter Kate Campbell and a tribute to Ruleville's late singer/songwriter/artist Duff Dorrough. For more information, call 662-846-4579.

The next weekend is filled with music events as well. Support new local band, Filter the Noise, at Sam's Lounge Friday, March 8. Filter the Noise is Nicole Alexander and Chris Harben, both on vocals and guitar, Russell Hawkins on bass and Tam Tran on drums.

Another SXSW Festival band, Glossary, will be in Jackson next Saturday night, March 9, at the Ole Tavern on George Street. My college friends, Sean and Rebecca Courtney, have been telling me about this band for a while now, and I am excited that it will be playing here for all of us. Glossary, based in Murfreesboro, Tenn., recently released a new album called "Long Live All of Us." Oxford-based band Holy Ghost Electric Show will open for Glossary. Check out Glossary at glossary.us, and find Holy Ghost Electric Show on Facebook.

Local favorite bluesman Jarekus Singleton performs March 9 at Underground 119. If you have never seen Jarekus perform, you are missing out. He not only packs out the house with great tunes, but his guitar talent and his sweet demeanor makes for a great, enjoyable show.

If you haven't purchased your tickets to see Alabama Shakes perform at the Hal & Mal's Street Party after the St. Paddy's Parade on Saturday, March 16, buy them now! This band has become one of my favorites, with songs like "Hold On" and "Hang Loose." While many are saddened that The Bluz Boys won't be performing this year, I promise you that this will be a show you won't want to miss.

On the same day, Club Magoo's hosts its 2nd Annual Rock & Roll BBQ and Downtown Throwdown, so get ready for delicious crawfish. The Dylan Moss Project, U.S., Spank the Monkey, South of 20 and The Jason Miller Band will perform.

Watch the JFP music listings for more information on happenings around Jackson, and please submit your events early so that we can ensure your event is listed the week before. Keep on rocking, Jackson!

Several interesting albums dropped in February. Check these out if you haven't already: