A Fresh Start in Mississippi 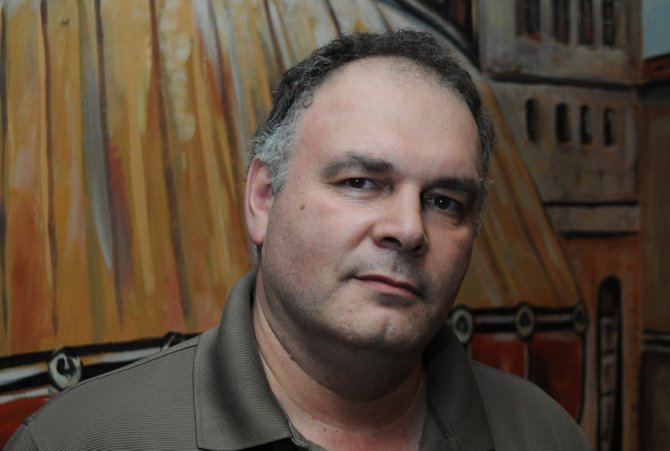 Yuri opened Olga’s after moving to Mississippi from Belarus. Photo by Trip Burns. 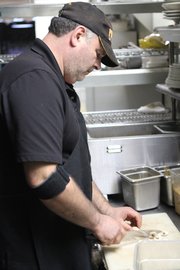 Yuri Abramovich is the driving force behind Olga’s Fine Dining.

Looking at the history of this great country, it's no small secret that we are a nation of immigrants. While many in Mississippi are several generations removed from the land of their forefathers, it's comforting to know that there are still immigration success stories being written today. Yuri and Olga Abramovich, the duo behind Olga's Fine Dining (4760 Interstate 55 N., 601-366-1366), are a prime example.

Leaving what was then the U.S.S.R., Belarus natives Yuri, Olga and 2-month-old Michael arrived in Mississippi in 1991. It was rough going for the first few years. Yuri worked as a painter during the day, and by night, he learned the finer points of southern cooking in some of Jackson's most  renowned kitchens.

In 2003, their hard work paid off when Olga's Fine Dining opened in Flowood. Since moving the restaurant to its current Jackson location in 2008, the couple runs a well-oiled machine with Olga interacting with customers in the front and Yuri manning the kitchen.

Yuri sat down to tell us about becoming a southern chef.

Why did you move to the United States, specifically Mississippi?

We had the opportunity to emigrate, and we were offered the option of Mississippi, and we took it.

Why did you begin working in the restaurant industry?

It was a good second job. I could paint in the daytime and work at the restaurant at night.

Did you have a background in cooking in Belarus?

No, I've always liked to cook, and I learned to cook from family members, but I wanted to see what kind of food people in Jackson liked before I started on my own.

How much Russian influence is in your menu?

If you look at our menu, we have a few items that are mixed--the borscht and pirogi filet--but we don't do things that differently. We do seafood; we do steak. We keep a small but consistent menu.

Which dish is your favorite to eat?

I think our pirogi filet is our most popular dish. It's my favorite to cook, too.

What is your favorite ingredient to work with?

I don't know if I have a favorite, but I use a lot of mushrooms and onions. Those two ingredients are in the pirogi filet (and) the Oscar ribeye. We use a lot of onions and mushrooms.

If you had to start over tomorrow, what is the one item you would have to have in your kitchen?

Probably a convection oven. We had one at our old location, and it helped a lot.

What's your most invaluable kitchen tip or trick you've learned?

Sharp knives are important, but the most important are the things I do. If you want something done right, you have to do it yourself. It's all on me; it's taking initiative.

What's the one item you would ban from your kitchen?

Well, again, I would probably ban guys who don't own the restaurant. We're small. We don't have things that we don't need.

What's your favorite thing to cook for yourself?

I don't even know what I like to cook for myself. I guess a BLT sandwich; it's what I like.

What's one piece of advice you'd give to someone who wants to be a chef?

Watch what you're wishing for; you just might get it. It's a very hard business. It depends on everything and everybody. I would think twice. (about entering the field). You meet interesting people, and it's rewarding, but it is a hard business.